The time has come for you to become the rogue hero of the fantasy world of Forge of War – one of the best action games where fantastic things happen to those, who are brave enough. Join this action RPG to become the real dungeon master and legend of the realm!

The exceptional mechanics of this epic RPG will let you enjoy you rogue adventure every time you launch it. Each new attempt at getting through the countless enemy lines in this roguelike game’s fantasy setting will be different from any previous one. There will be a fresh dose of adrenaline, whether you’re playing online or offline. Use and upgrade your skills of archery, swordsmanship, agility, and other traits to defeat regular foes and bosses. The more times you will try to get through this fantasy RPG, the greater your adventure will become. Install this roguelike RPG today to become the most renowned rogue hero of the realm!

• Gather and use the most powerful weapons to get through each arena;
• Equip your warrior – whether archer, swordsman, spearman – with spirits;
• Use the best armor for better protection of your character throughout this fantasy RPG;
• Equip your warriors with magic rings that will help them survive in the world of this roguelike game;
• Use amulets to improve your fighter make him or her an undefeated hero;
• Fuse similar items together to create the strongest equipment;
• Improve your items using special scrolls you can extract from chests (you must be online to do this).

BOOST THE TALENTS OF YOUR WARRIORS

In order to become the real dungeon master, it’s not enough to only have great weapons in great action games. Since Butchero is not just an archery game or some generic idle RPG, your warriors have to be ready for any kind of battle. This is why there are talents you can improve, in the finest traditions of classic RPG games:

• Maximize health for greater endurance in fights;
• Improve attack stats for stronger blows in your games;
• Augment the healing talent to recover faster;
• Improve the iron shield for a more effective protection;
• Boost the leadership talent and heal after reaching new levels while fighting;
• Boost the agility talent for quicker attacks and moves;
• Reinforce equipment for stronger and more durable weapons, armor, spirits, etc.;
• Unlock the time reward talent for additional experience points for quick level completion;
• Boost the inspiration talent to acquire extra skills at the beginning of every attempt.

Dungeon games and many action games for free are known to have complicated controls and interfaces. In Forge of War you get one of the simplest and most intuitive interfaces ever:

• Simple controls for playing with only one hand;
• Tutorial at the beginning of every attempt;
• Just move or attack – forget about complex combinations;
• Get bonuses in the heat of the battle;
• Open free chests with tons of coins, weapons, armor, diamonds, and other things (make certain you’re not offline);
• Novel fights with bosses and various enemies with unique features.

If you are looking for some kind of bow masters game, perhaps you should move along. Unlike most hunting games and RPG games for free, in Forge of War you’re dragged into a real adventure full of danger and heroism. 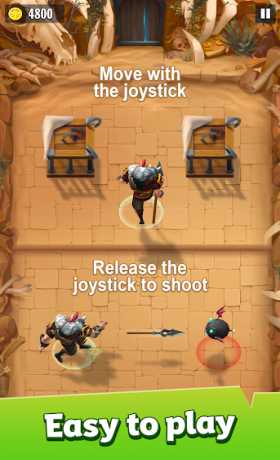 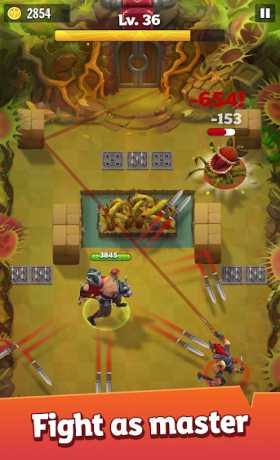 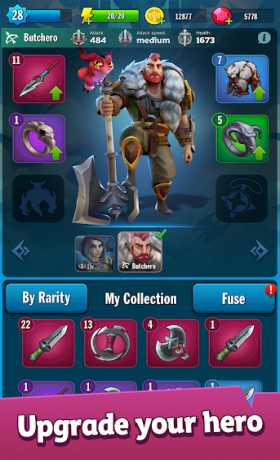