Football Manager Mobile 2016 is designed to be played on the move and is the quickest way to manage your favourite club to glory with a focus on tactics and transfers.

Take charge of clubs from 14 countries across the world, including all the big European leagues. You decide on transfers, tactics, who plays and who warms the bench. It’s down to you to keep the players, the board and the fans happy and lead your club to victory.

Football Manager Mobile 2016 delivers many new and improved features including:

Enhanced Tactics
Take greater control of your squad with the introduction of new tactical instructions. You can choose where your team concentrates its passing, as well as selecting your main attacking threat and creative outlet – and even advise your goalkeeper on distribution.

Coaching Staff
Prepare your squad for match days better than ever before with the addition of coaches, providing your team with focused training to prepare for their next big fixture.

Management Style
The introduction of gold, silver and bronze coaching badges allows you to define your own management style. Will you concentrate on improving your defence or attack, or focus on morale and man management? Your decision will influence your team’s style.

Improved Screens
Redesigns to key screens makes Football Manager Mobile 2016 more intuitive than ever, while the improved news screen makes it easier than ever to take in all the information you need.

Player Loans
Develop newly-signed younger players by loaning them back to their previous club so that they can continue to gain first team experience.

First Transfer Window Parity
Managers who want to start a new career with largely unchanged squads across their entire game world can choose to enable the ‘no budgets in first transfer window’ option, allowing only free transfers to take place.
Requires internet connection to install. 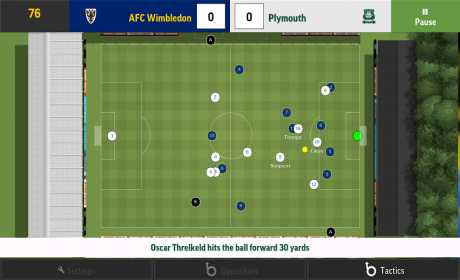 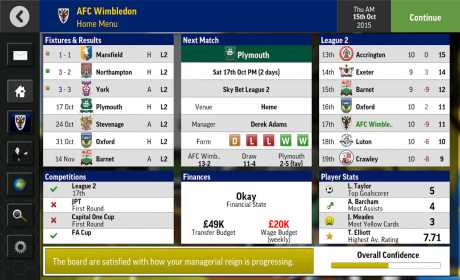 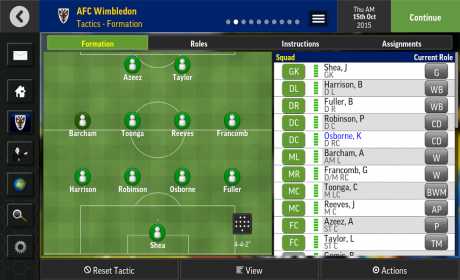