Explore the world of the fifteenth FINAL FANTASY in the palm of your hand.
Download Chapter 1 and play for free!
Subsequent chapters are available for purchase.

“Explore the world of FINAL FANTASY XV
with a cast of cute and cool characters! ”

Now you can enjoy the FINAL FANTASY XV story across 10 exciting chapters.

Tap to move, tap to talk, and tap to fight
Easy for anyone to pick up and play!

【Story】
The Tale of the Chosen King, Savior to the Star.

After years of fighting, the nations of Lucis and Niflheim at last agree to an armistice.

As a symbol of this promised peace, Noctis, crown prince of Lucis, is to wed the Lady Lunafreya of Tenebrae.

The prince sets forth for his wedding on the eve of the signing ceremony, sent off by his father, King Regis.
Unbeknownst to Noctis, however, the journey ahead is fraught with perils…

【Requirements】
・Android devices with Android 5.0 or later installed
・CPU：1.5GHz or greater
・RAM：2GB or greater
・Memory required: 5GB or greater (the high resolution version requires 8GB or greater)
※Some devices are not supported, even if the installed Android OS version is within the supported range 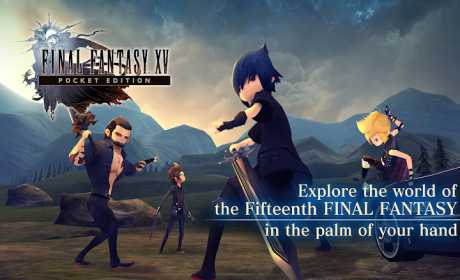 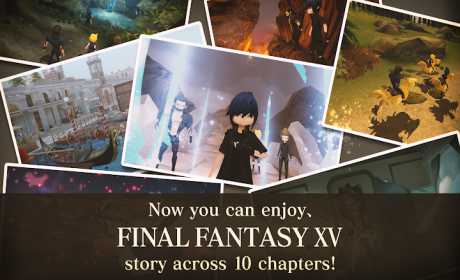 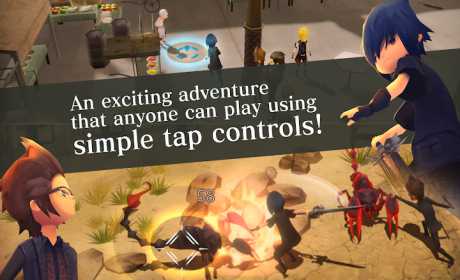