Create your own adventures in a dangerous land of monsters, treasures and traps. From renowned authors Steve Jackson and Ian Livingstone (co-founders of Games Workshop) and Nomad Games, Fighting Fantasy Legends is a role-playing card game set in the world of Fighting Fantasy.

Travel across the land of Allansia with just a sword and some gold to your name and rise up to Legendary status. Play through the stories of three iconic gamebooks – City of Thieves, The Warlock of Firetop Mountain and Citadel of Chaos.

Each location has a shuffled deck of cards which includes fiendish creatures, powerful objects and dramatic events. You must build up your collection of powerful treasures and level-up your dice to have any chance of surviving the dangerous streets of Port Blacksand, the murky depths of Firetop Mountain or the looming shadows of The Citadel.

The world needs a Hero… you will give them a Legend.

★ Based on the multi-million selling series of Fighting Fantasy Books.
★ A card-based role-playing game with Roguelike elements.
★ Thousands of choices ensure that no two games are ever the same.
★ Uses the classic Skill/Stamina/Luck attributes.
★ Take on powerful adversaries, such as Balthus Dire, Zagor the Warlock and Zanbar Bone.
★ Kill monsters and add them to your Creature Codex.
★ Travel across the region of Northern Allansia.
★ Introducing a dice combat system unique to this game, where the player can upgrade their dice as they level-up.
★ Meet iconic characters, such as Nicodemus the Wizard, Gareth Yaztromo and O’Seamus the Leprechaun.
★ Earn Titles based on your deeds.
★ Three difficulty levels.
★ Permadeath mode – not for the faint hearted.
★ Play exciting dice games, such as Runestones, Knifey Knifey and Dwarf Dice. 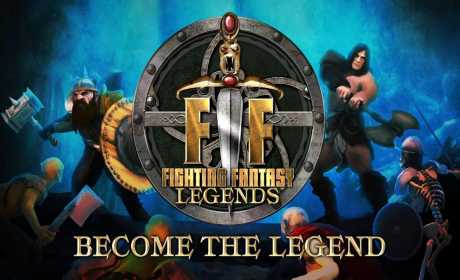 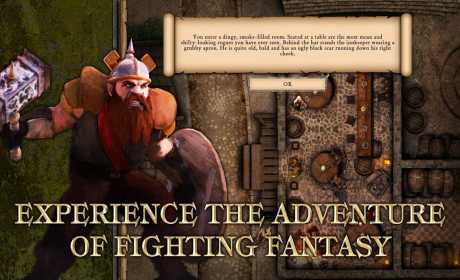 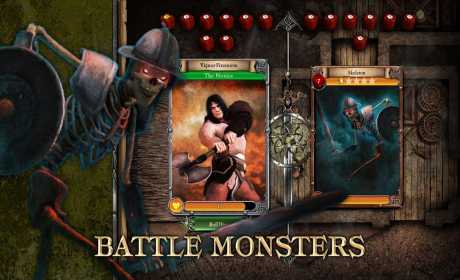