FANTASTIC HIDDEN OBJECT PUZZLE ADVENTURE GAME FROM THE CREATORS OF ENIGMATIS AND GRIM LEGENDS!
Step into the shoes of Mary Gilbert – world renowned botanist and guardian of Fern Flower – to once again explore the mythical realm of Slavic fables. Travel to forgotten flying islands among the clouds to stop an evil sorcerer and gain the favor of a thunder god. Save your kidnapped brother and prevent a catastrophic flood caused by the conflict between humans and ancient Clouders.

When a seemingly uneventful visit to your brother turns into a hotbed of conflict between humans and Clouders it will be up to you – Mary Gilbert – famous botanist and guardian of Fern Flower – to once more enter the magical world of eastern European deities, ancient beliefs and mythical lands.
Accompanied by Aitvar, a house spirit, set off to the other end of the rainbow, where a flying city floats among the clouds and where your brother is being held captive by an evil sorcerer. Save him and together renew the ancient covenant between humans and Clouders. Will cleverness and resourcefulness be enough to overcome sinister Zmeys on the sorcerer’s service and prove your worth to Perun, the god of thunder? Will you be able to save the earth before it gets flooded by the ocean?

• Defeat the evil sorcerer who threatens the entire Earth!
• Solve 40 puzzles hiding the history of ancient Clouders!
• Save your brother with the help of magical creatures!
• Visit the trophy room and collect cards with deities!
• Immerse yourself in enchanting flying islands in 30 locations!
• High-end, immersive gameplay, optimized for tablets and phones! 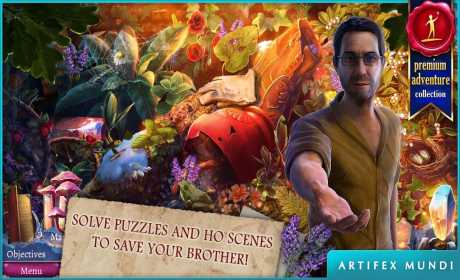 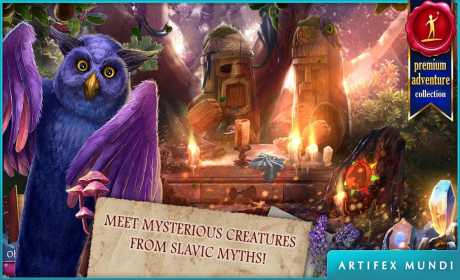