Enter the world of Caesar and rise from nothing to become the greatest Emperor the world has ever known.

Get your infantry, cavalry and ballistae at the ready and download Empire War. Begin by utilizing your skills of leadership, diplomacy and warfare and exert your influence over both your friends and foes. Effectively lead your civilization in a tactical campaign to ascend the throne in this engaging, Evony style, Roman era MMO game of war.
Highlights
In one of the most engaging Evony, like PvP online MMO games currently in the Play Store, raise your nobility rank by completing assigned tasks to earn prestige points. Rise from the rank of citizen to duke and ultimately expand your empire to be proclaimed as Emperor of all civilization.

Emulate the great conquerors of history, Alexander the Great and Genghis Khan by throwing yourself into your pursuit for the throne. Hear the sound of your armies as they march to war. Wage brutal battles alongside tactical diplomacy to bend your rivals to your will. Use your military strength, featuring legionaries, cavalry and ballistae to wield your influence and the diplomacy of war against players and barbarians alike before occupying their land as your own.

Enjoy watching as your civilization grows, expands and rises to greatness day by day as your campaign to become the most feared name in the land gathers pace.

Remember, you are not the only liege with eyes on the crown. Get in your saddle and use medieval style tactics to lead your men onto the battlefield as well as defend your prestige and your city from attackers in an exciting and intense PvP online game of war. Use sieges to force your opponent’s hand before finally adding their names to the long list of cities you already occupy.

Join scores of players across the world in the chess match that is the delicate balancing of diplomacy and war. Will you earn the prestige you need to raise your nobility level and become the first the duke and then the Emperor you were born to be in the ruthless age of Rome?
Features
As one of the top MMO strategy games in the Google Play store, Empire War is a game not to be missed. Download Empire War to enjoy:

•A free Roman-era strategy MMO war game! Channel your inner Game of Thrones fan and lead your city to glory in an Evony inspired battle for world domination.
•Master the game of war. Increase your tactical knowledge and train troops including, cavalry, pikemen, legionnaires and ballista, to fight open battles and sieges. Confront and influence the decisions of players from across the world in PvP online wars, akin to the style of Evony.
•As liege, make the key decisions crucial in Empire building and watch as your wise leadership leads your empire in rising to greatness in this realistic Roman/medieval style war game with gameplay similar to COK, Goodgame Empire, Travia and The Hobbit.
•Expand your influence, control multiple cities, defeat barbarians and occupy the throne of Rome to claim the crown and force all to succumb and recognize you as their liege!
•Gameplay that includes a beautiful, Roman world complete with video, graphics, scenery, and animation of a legendary historical era.
•Begin a campaign to build a civilization from the ground up and make your name one that the will go down in history!
•Gain prestige to increase your nobility rank! Pass milestones such as ‘Duke’ on the way to the ascending the throne, overcoming your rivals and ultimately claiming the crown as the one true emperor.
•Take part in regular events and promotions to earn rich rewards to aid the development of your civilization and remain one step ahead of the barbarians and your rivals.
•Join the Empire War Community today and become part of a large, active online fan base who are all engrossed in this awe inspiring war game.
Facebook: https://www.facebook.com/empirewarpage 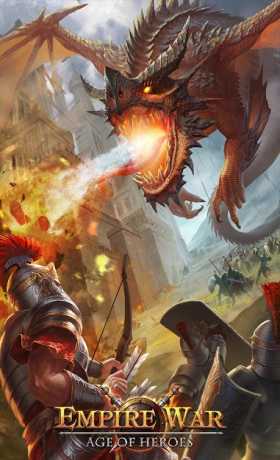 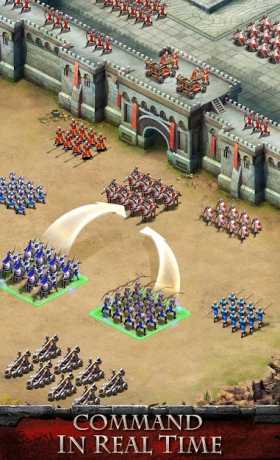 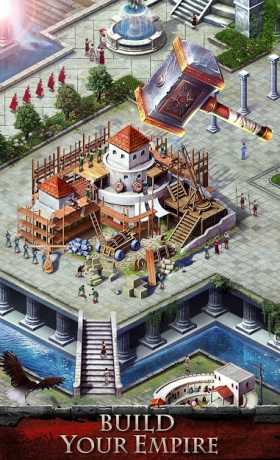