Cat Simulator is a simulation game for android

Cat Simulator is a game that, you have to control an animal whose aim is to create chaos.
Download Cat Simulator

The most beautiful and realistic Cat Simulator available on the Google Play! Play as a real cat, explore huge houses and awesome gardens. Choose different cats and dress them as you like and of course, annoy the humans!

There are six locations. First, awesome house were you smash some objects and learn the game. Second, nice garden with a dog and people to annoy. Third and fourth are two huge floors in the second house with tons of stuff to destroy and play with. Fifth is a crazy garden with a barbecue party. And the last is the street where you can check out the neighborhood.

In every location there is a rotating time clock. When you run into it, you can activate time challenge mode. In this mode you have to destroy as many objects and do as many interactions as fast as possible. For the points you earn the stars which unlock later locations.

UPGRADE AND DRESS YOUR CAT

When you press Tap to play button in the menu you always go to the scene where you can change your cat and dress it as you like, using blue arrows on the both sides of the cat and buttons on the top of the screen.

The game will automatically detect which quality settings to apply for your device, but you can change them in the settings menu.

At the end of time challenge the popup will show up allowing you to post your score on Facebook or Twitter. You can also share the image of your cat on twitter in the scene where you change cats and dress them. 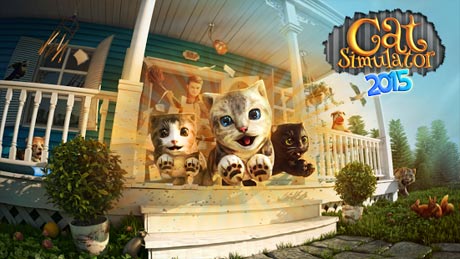 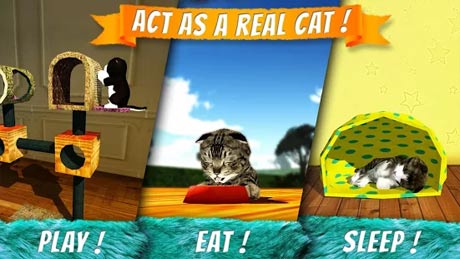 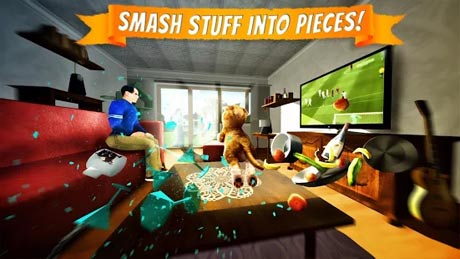