Card King: Dragon Wars. An INSANELY GREAT and FREE Battle game with an endless array of creatures that where YOU harness each creatures magical and powerful cards!

WIZARDS AND WARRIORS. READY YOUR DECKS!
Journey to the land where Cards become creatures and creatures battle against powerful and magical enemies each with their own unique card battle spells, strategies and abilities!

SIMPLE, YET DEEP!
Decide if you want the strength of a Warrior or the cunning Spellcraft of a Wizard as you choose your avatar to summon your magical creatures and lay down your battle cards. What unique strategies will you come up?

BUILD YOUR COLLECTION!
Command an ever changing army of awesome creatures, including Dragons, Immortal Knights, and Elementals to unleash their Card Abilities in an all out Card War!

CUSTOMIZE YOUR DECK!
Hundreds of creatures come with Hundreds of Awesome Cards and abilities that make every battle new and unique. Power-up and transform as your creatures and cards become even more powerful as you customize your team to suit your battle style.

MULTIPLAYER FUN!
Play in matches against opponent Heroes or fight against other Card Kings as you make your way up the ladder to win loot, prizes and honor!

MAGICAL GRAPHICS!
Epic 3D Card Battles where you Explore the magical wizard tower, dungeon depths and a town full of life and wonder where you enter magical stores and walk out with incredible collection of cards and creatures! 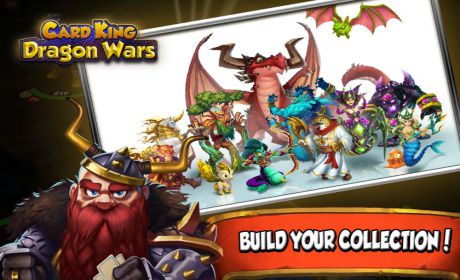 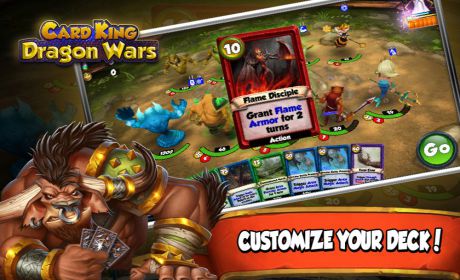 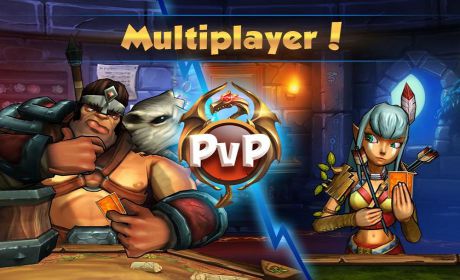