Beach Buggy Racing is a racing game for android

Beach Buggy is back with an explosive sequel! Drive into an action-packed, surprise-filled world of off-road kart racing mayhem. Race against a field of rival drivers, each with unique personalities and special abilities. Build a collection of crazy powerups, like Dodgeball Frenzy, Fireball, and Oil Slick. Unlock and upgrade a variety of cars, from dune buggies to monster trucks. Test your skills in 6 different game modes on 15 imaginative 3D race tracks, against a pack of tropical-loving rivals with a serious case of road rage!

This is the official sequel Beach Buggy Blitz, the free driving game with over 30 Million players worldwide. Fast, furious, fun and FREE, Beach Buggy Racing is a kart-racing island adventure for all ages.

EXCITING KART-RACING ACTION
Utilize your driving skills and a collection of creative powerups to fight your way to the finish line. It’s not just a great looking 3D racing game, it’s an epic battle with spectacular physics-based gameplay!

COOL CARS TO CUSTOMIZE
Use your winnings to collect and upgrade a garage full of unique cars, from monster trucks to muscle cars to lunar rovers!

COLLECT A TEAM OF RACERS
Recruit a team of drivers to play with, each with a unique special power like teleportation, flaming fire tracks, and confusion spells.

SPLIT SCREEN MULTIPLAYER
Race shoulder-to-shoulder with up to 4 friends on Android TV, or a TV-connected phone or tablet. (Requires In-App Purchase)

GOOGLE PLAY GAME SERVICES
Compete with your friends on Leaderboards, earn Achievements, back up your game to the cloud, and keep multiple devices in sync with your Google account. 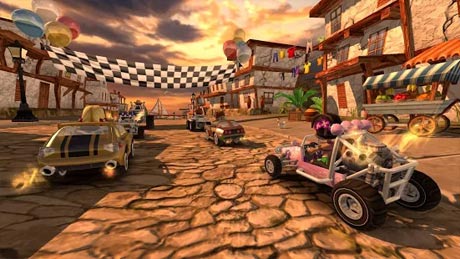 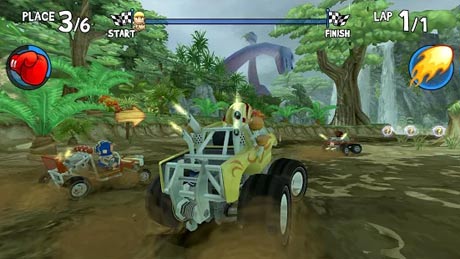 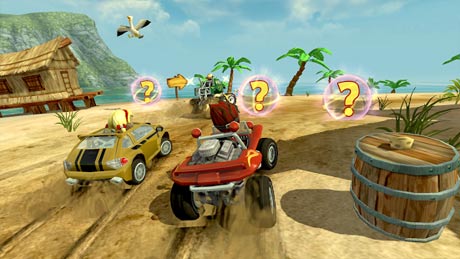