AWEsum! is a Puzzle Game for android
download last version of AWEsum! Apk for android from revdl with direct link

AWEsum!™ is an award-winning, fast-paced, action-packed puzzle game designed for casual game lovers of all ages. The object of the game is to guide and place a pair of falling number cubes onto other cubes below so that the single digits assigned to each cube, when added together, equal the game’s predetermined “AWEsum”.

Correctly paired cubes result in their disappearance, preventing the “cube wall” from reaching the top of the board and ending the game. Receive scoring bonuses by power-dropping cubes, matching cube colors, or making multiple AWEsum pairs at once.

The AWEsum changes periodically throughout the game – keeping you on your mathematical toes! Game speed progressively increases and “special” cubes with powerful cube-bursting features are introduced as periodic rewards to players who demonstrate proficiency. 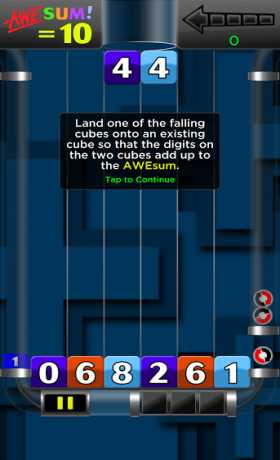 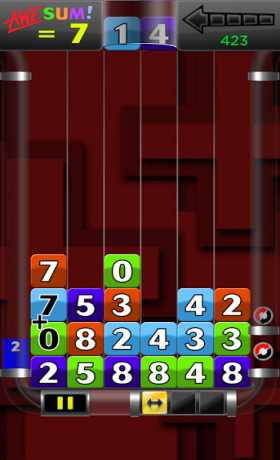 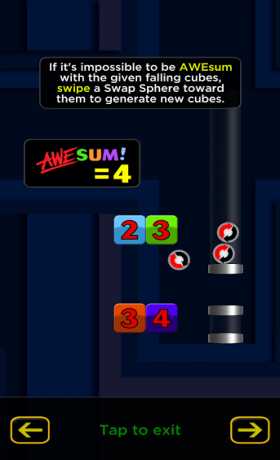