Explore the world of Angry Birds like never before in Angry Birds Action! – a fast and furious arcade-style smash-em-up.

Red is in trouble…again! “After a spirited party the night before, Red awakens to find the village has been blown to pieces! What’s more, all fingers are pointed at our feathered friend. Powered only by the birds’ trademark anger, crash your way through the terrain of Bird Island, and collect evidence to prove Red’s innocence!

– Pinball meets anger!
Pull back and send Red and co. careening into obstacles to save the eggs and collect valuable items.

– Play as the heroic trio – Red, Chuck, and Bomb! Oh yeah, and Terence.
Blast obstacles to pieces with Red, speed through challenges with Chuck, or blow stuff up with Bomb. And then there’s Terence. He just destroys everything.

– Saving the day, one level at a time.
Rescue eggs from their precarious perches and pick up precious items, and protect the hatchlings in 90 unique and brain-teasing levels.

– Team up with friends!
Find treasure maps and work together with friends & other players on special challenges for awesome rewards.

– Rebuild the Bird Village and power-up!
Unlock buildings in the village to create new power-ups. Steady your aim with the aimline extender, go invisible with the ghost bird power-up, and more!

This game may include:
– Direct links to social networking websites that are intended for an audience over the age of 13.
– Direct links to the internet that can take players away from the game with the potential to browse any web page.
– Advertising of Rovio products and also products from select partners.
– The option to make in-app purchases. The bill payer should always be consulted beforehand.
– This application may require internet connectivity and subsequent data transfer charges may apply. After the initial download, additional content will be downloaded and this may include data charges. 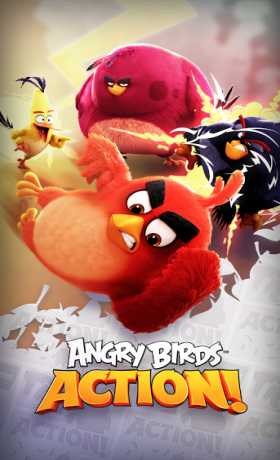 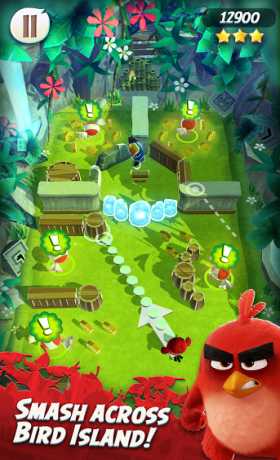 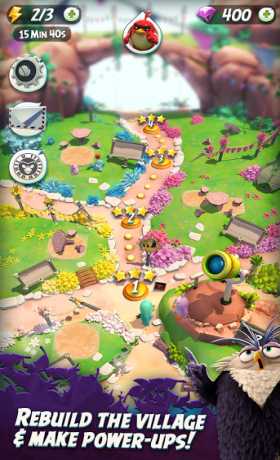