Start out as a young regent of a single city, and go on to build an unbeatable kingdom! Dominate the battlefields, pillage enemy cities. Form mighty alliances as you compete with thousands of other Players on a gigantic map to answer one question: Who will be the King of Kings? Prove your cunning and bravery in THRONE WARS, the popular medieval building game. 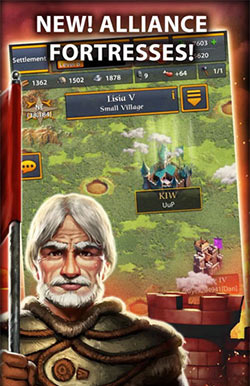 Shadow of the Empire: RTS Apk 1.73+ Obb for android