AFC Solar Squad: Space Shooter
THE WORLD IS IN DANGER!
Our world is being threatened by two different powers: space alien and human. This is the exact time for a third power to intervene and rescue the world from the infinite air force combat – AFC.

Launch your aircraft and use your top-down shooting skills and powerful items to defeat those formidable enemies and become the HERO of our world.

“Solar Squad: Space Attack” will strike you with an intense impression of the classic arcade shoot’em up AFC spirit like Strikers 1943, Tyrian, Galaxiga but with modernized visuals and design. You will immediately come to love with the incinerating flame and bullets, colossal bosses and diverse aircraft and skillful squad.

HOW TO PLAY
⭐ Touch the screen to move and kill the space alien. The aircraft will auto-shoot.
⭐ Collect coins, items to upgrade your aircraft to its full capacity to kill the mighty Boss
⭐ Put on the equipment to activate skills and Click the in-game skill button on the screen to activate these helpful skills.

FEATURE
1. Campaign Mode:
You will need to control the aircraft to pass each campaign fighting with all those fierce Bosses.
There are more than 100 levels.
Overcoming the campaigns, users will receive the items such as: Gold, Gem, Equipment, Ship Card to increase the ability.

2. Endless Mode:
This mode will allow users to play endlessly. Collect points through each level to trade for the worthy presents.

3. World Boss Mode:
This is the 1v1 fighting mode between player and Boss. There will be a brand new Boss challenging players each week.
Fighting with the Super Boss helps players receive more presents and special items.

4. Diverse Equipment System:
Equipment system is divided into 4 types of equipment with different skills such as active and passive.
These equipment are classified based on star level. The highest level is 6 stars.
When equipment is in 6-star level, Fusion will be activated and help equipment unlock more hidden attribution.

Let’s save the WORLD now!!! 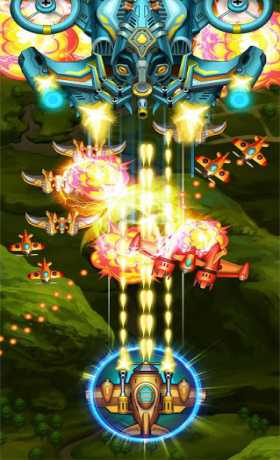 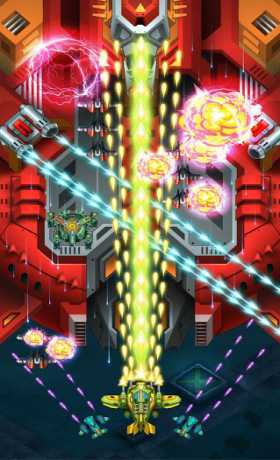 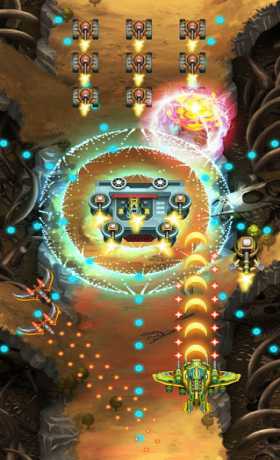