Survivor, we’re glad you’re not dead! The virus outbreak wiped out almost the entire population, you are forced to fight for survival against zombies. Walking between the dead, challenge yourself inside a zombie apocalypse world in this epic shooting game! Train your shooting skills as a survivor in front line fighting for your survival.

ZOMBIE SHOOTING SURVIVAL is a shooting game From VNG Game Studio – developer of a lot of successful zombie games, downloaded by more than 100 Million players around the world.

Get ready for one of the best zombie games on mobile! Download this offline and free survival game now! Aim in on your target and fire your weapon to prove that you are the best shooter in the survival games genre. Kill zombies and fight through this zombie survival game.

Best Offline Survival Game:
Want to play this offline shooting game? No need to worry, you can still enjoy the best offline zombie game 3d anywhere just for free. Zombie games usually require players to connect to the internet, but you can experience this realistic shooting game without internet connection.

Stunning ZOMBIE SHOOTING SURVIVAL Graphics:
If you want to experience a zombie survival offline game with stunning graphics in every detail, then this survival game is for you.

Zombie Survival provides the most realistic and amazing graphics that you can’t experience in other zombie shooting games! This offline game with high resolution, 3D character models and guns will surprise you.

Build and Customize Your Area:
To survive in this offline game, you must build, customize, and defend your base from a horde of zombies outside. The dead apocalypse wasteland is a harsh place for survival, start building your shelter to keep you safe from zombies in the apocalypse. Survive the day in dead wasteland, survive the night in a comfy bed.

Use powerful weapons to kill zombies easier
Try new awesome guns for free when playing zombie games. This offline game gives you almost 50 guns for choosing. Get more resources to upgrade your guns to become more powerful. Grab your guns, keep your finger on the trigger, aim and shoot to ensure your survival in this realistic zombie game.

Easy to learn, hard to master tactics. This zombie game gives you a very special environment to use different shooting tactics to survive.

Be the last one standing in this addictive offline shooting game, you have only one life. Shoot zombies in the head, kill them with a single trigger.

Hurry Up!! Download zombie survival now to play free and offline. This zombie game is the best survival game in 2020. Don’t waste your time, ready your weapons and start killing zombies! 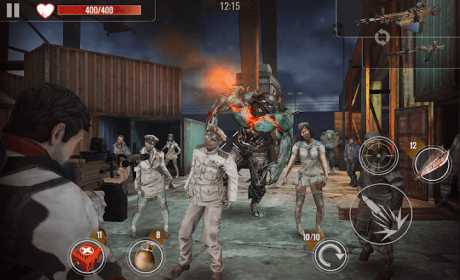 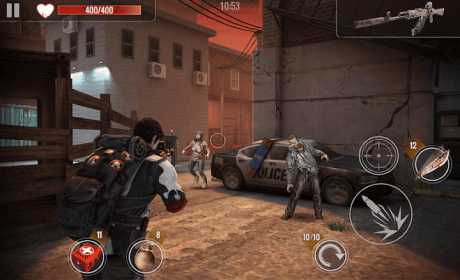 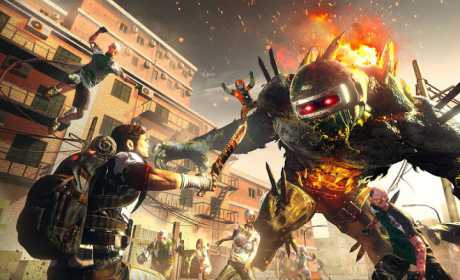