Zombie Safari 2 is a Action Game for Android

Zombie apocalypse ended a long time ago, leaving only ruins, but there is no peace for the poor zombies.
From their hiding places crawled a crowd of wild office workers, who not dared to engage the enemy in the midst of war. But life in fear in underground drove them crazy, and now it’s just mindless monsters, driven by desire for revenge.

Our hero has nothing left but take up arms and stop the invasion of crazy managers!

★ In “Zombie Safari 2” hunting season on people is open! ★
★★★★★ You play as a cute zombie who blows up brains of office workers!
★★★★★ Office plankton loses their heads literally.
★★★★★ Multiple levels to play in campaign mode.
★★★★★ Collect brains scattered on levels to unlock new fun achievements!
★★★★★ You will fight at the terrible cemetery with the graves and skeletons, dried desert with cacti and skulls, in the jungle and at the post-apocalyptic city that was ruined by some idiot on tap, but not by the war with zombies.

Help zombie Frank to stop invasion of crazy managers and take over the world! 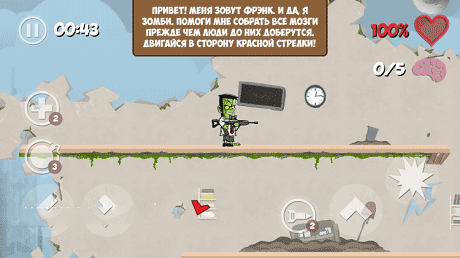 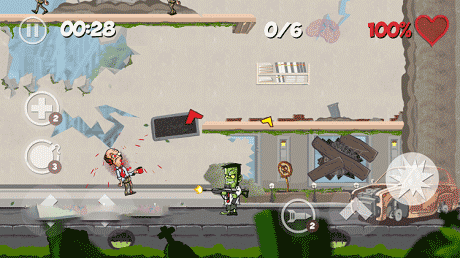 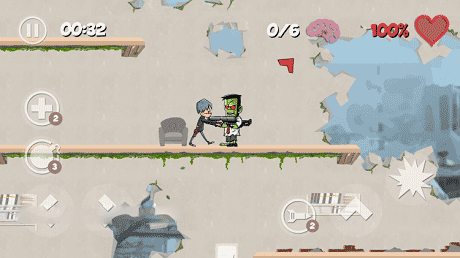