There has come a zombie an apocalypse!

Your ranch was attacked by zombies! Open a weapon warehouse rather and begin battle! The strong attack of enemies can destroy your ranch. You will be able to begin battle with the strong opponent, in an arsenal a wide choice of arms. Monsters are blood-thirsty and ruthless. Battle in this apocalypse to the death is necessary. You can plant plants against the zombie, plants the most effective against the zombie! Monsters already here! But remember also strategy: place fighting boundaries, build constructions and improve protection of a farm, workshop and you will stop a wave of these spiteful monsters!

you will Be able to keep the life in this cruel post-apocalyptic world? If yes that begin to destroy zombie right now.

Games for people who adore battle against the zombie! Download “Zombie Ranch” – free a game action, she has a clear multilingual interface in Russian with elements strategy. In private with crowd of zombie! The attack from air and from the earth – such fight waits for you for the first time! Begin zombie fight right now!

“The zombie a farm” is not a usual arcade. This application is a training for mind. It is simple to do some shooting everyone will be able, and here to develop tactics allowing to hold on not only throughout one level, but also all game, it is necessary to think over, in passing knocking out these brains from the zombie’s head!
Monsters are ready to break through defense. To kill them there will be not enough simple gun. The zombie battle will make of you the impregnable fighter and the excellent strategist.

Age restriction of a game 12+

“Zombie Ranch” Free an action an arcade, but some objects in her it is possible to buy for real money. If you don’t want to use this opportunity, then establish the password in settings of Google Play. 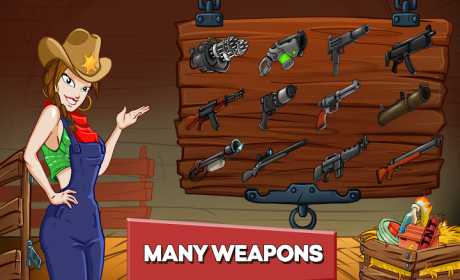 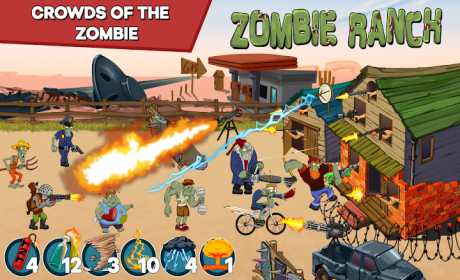 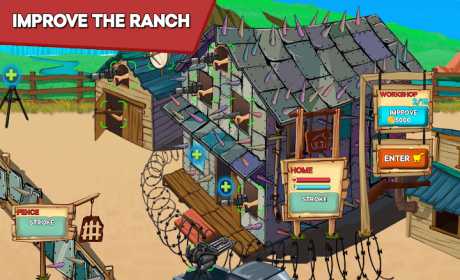