Zombie Apocalift Deluxe is a Arcade Game for Android

The end is nigh! Build a party of unexpected heroes and fight hordes of vicious zombies while trapped in an elevator! Counter the zombie apocalypse across different scenarios of increasing difficulty that will test your reflexes and resolve.

Kill zombie minions, tough ghoulish bosses and earn coins to purchase power ups, upgrades and more powerful characters to boost your performance! Try out Holy Smite, the Adrenaline shot and other power ups to cut your way through with a twist!

Getting tired of Mrs Jones and Sergeant O’Connor? Push a button to try a fresh, new combination of unlocked heroes. Replay a level to experience it from a different party’s eyes or try out the endless mode to get challenged by a random blend of unlocked scenarios! Survive Angel Heights, Crystal Peak’s secret military base, the Supermax prison and the Sushi Tower complex!

Zombie Apocalift Deluxe will get you addicted for hours with its simple controls: just tap the buttons or the characters to attack. You can control more than one character at a time, so grab a friend and cooperate in local multiplayer! But beware: manage your adrenaline pool wisely or you’ll be a sitting duck!

How many floors can you travel before succumbing to the undead? Can you resist the charges of relentless foes and save the entire party? Zombie Apocalift Deluxe is a difficult game tailored to challenge you, but even the most skilled survivalist will need a bunch of Medikits and other tools to live and see another day. 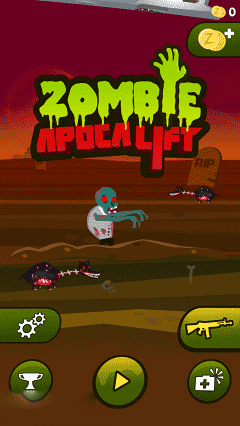 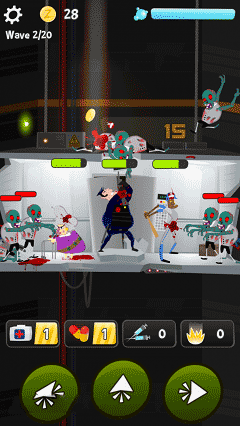 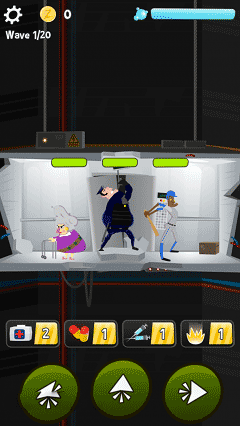