“Yu-Gi-Oh!” is available on-the-go as a mobile app! Do you have what it takes to become the King of Games?
・Easy to learn rules and simple controls for beginners! Engrossing and rewarding gameplay for “Yu-Gi-Oh!” veterans!
・Duel players from around the world in this action-packed PvP card game!
・A huge cast of characters from “Yu-Gi-Oh!,” “Yu-Gi-Oh! GX,” “Yu-Gi-Oh! 5D’s,” and “Yu-Gi-Oh! THE DARK SIDE OF DIMENSIONS”!
・Duel as Yami Yugi, Seto Kaiba, Jaden Yuki, Yusei Fudo, and many more, from the whole canon!
・Featuring voicework from cast members of the original shows!
・Epic 3D cutscenes when ace monsters are summoned!
・Collect cards to build your very own Deck and defeat your opponents!

[FEATURES]
Fighting Card Games
– Battle other Duelists and their special battle Decks
– Intuitive controls for beginners! Depth to satisfy “Yu-Gi-Oh!” veterans!
– Build your Deck to become the most powerful Dueling Master, with monsters like “Dark Magician” and “Blue-Eyes White Dragon”
– Strategic gameplay makes you decide which card comes out next!
– Duel with your favorite characters from the Yu-Gi-Oh! world and complete Stage missions

Online Multiplayer Battles
– Fight Legendary Duelists from the show such as Yugi, Kaiba, Jaden, and Yusei!
– Multiplayer games force you to find your opponents weakness and strategize
– PVP battles pit you against players from around the world! Climb through the rankings and take your place as the King of Games!

Card Battle Deck
– Collect cards and form the most powerful Deck for battle!
– Build your ultimate Deck and aim for the top
– Use the cards that you collect in-game to build and edit your trusty Deck to take on opponents!
– Shop for cards in the game store!
Stay tuned for future card additions!

[ABOUT “Yu-Gi-Oh!”]
“Yu-Gi-Oh!” is a popular manga created by Kazuki Takahashi that was serialized in SHUEISHA Inc.’s “WEEKLY SHONEN JUMP” since 1996. Konami Digital Entertainment Co., Ltd. provides a Trading Card Game (TCG) and console games, based on “Yu-Gi-Oh!” created from the original manga, that are enjoyed around the world.

[Supported OS]
Android 4.4 and above 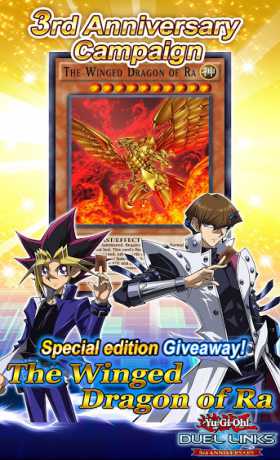 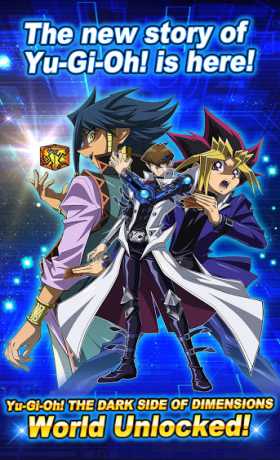 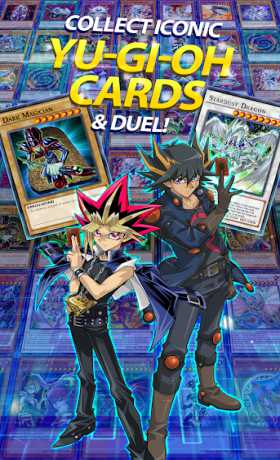