• Translate between any pair of the 90 languages when you’re online.
• Translate from French, German, Italian, Russian, Spanish, or Turkish to English while offline: download these languages for free and enable the offline mode in Settings.
• Speak words or phrases in Russian, Ukrainian, English, or Turkish to translate them into any of these languages, or have the app read the translations to you.
• Learn new words and their meanings through usage examples in the app’s dictionary (available for most of the currently supported languages).
• Take a picture of a menu, road sign, book page or choose a photo with text from your Camera Roll to view its translation right over the image (only available when you are online). Visual text recognition currently works for 12 languages: Czech, English, French, German, Italian, Polish, Portuguese, Russian, Spanish, Turkish, Chinese and Ukrainian.
• Translate entire sites directly in the app.
• Select and translate single words or phrases in other apps on your smartphone running Android 6.0.
• Enjoy the app’s time-saving predictive typing function and automated language detection.
• Save translations in Favorites and view your translation history at any time.
• Speak to your Android Wear watch to see your words translated on its screen. 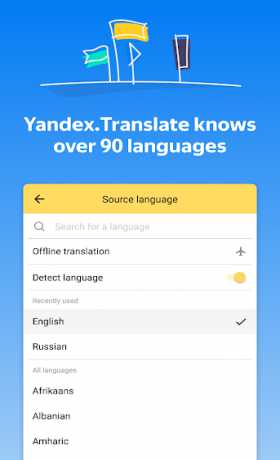 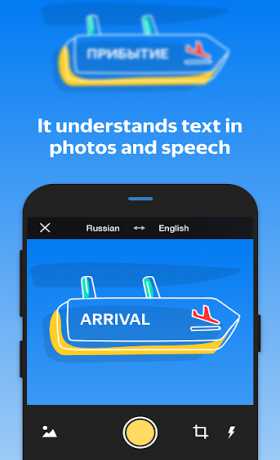 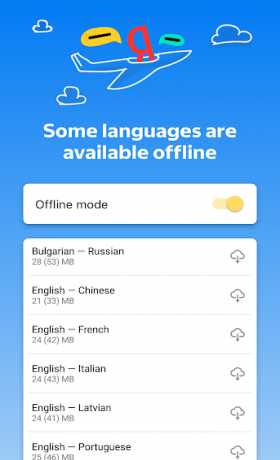