Wormax.io is a Action Game for android
download last version of Wormax.io Apk for android from revdl with direct link

Mobile MMO version of the popular game wormax.io
Play Wormax online against other people worldwide or against the computer in the single-user mode. Invite friends to play together. Upgrade your worm and compete with other players in the rating. Use active skills and game boosters.
In the mobile version of Womaxio you control a snake. The goal of the game is to make your snake gain the biggest mass and to reach the first place in the server.
The game is fascinating and easy to play. Install Wormax and go for it!

GRAND MULTIPLAYER
Play online with hundreds of other people from all over the world.

USE ACTIVE SKILLS
Gain your first 100 points in Wormaxio, which will unlock the instant stop skill. Upon gaining 500 points, you will get a temporary option of crossing other worms without being afraid of running into any of them. Stay alert as the cooldown of the skills takes some time.

PLAY WITH FRIENDS
Invite friends to play together on the same server.

COLLECT BOOSTERS
Use various boosters that increase the worm’s mass, attract food, provide acceleration without losing points or make the worm’s mass toxic and dangerous for the opponents.

COMPETE WITH OTHER PLAYERS IN RATING
Play more often. Grow bigger. Build up your account rating and receive essence for passing to another League.

UPGRADE YOUR WORM
Use essence to buy artifacts in the Shop and upgrade your worm.

PLAY AS YOU LIKE
The game provides a few modes, among those worm control with an accelerometer.

Thanks to these features, the game becomes much more interesting. 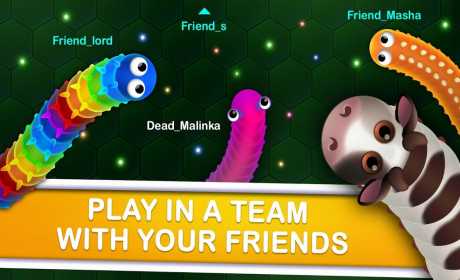 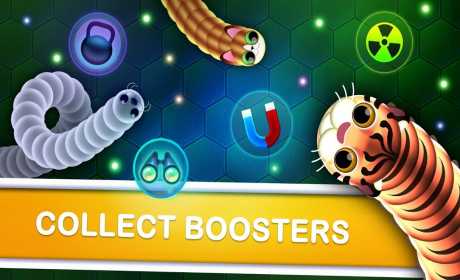 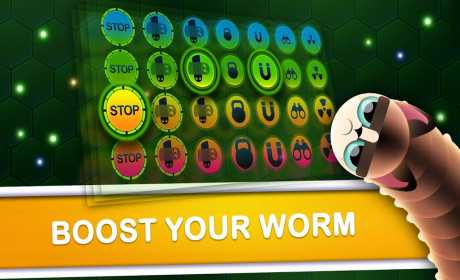