Join in the fun of destroying base of armed terrorists in this free online modern firing game for action seeking players. In this new free first person sniper game, you are the main character that will defeat criminals and save the world. Your team is deployed in the middle of winter season on this dangerous mission, so you need to weather the frost bites and wreak havoc on terrorists. It is your duty as a leader of your squad to lead your team into successful missions before these criminals use their weapons on innocent civilians. Accept the role of a hero and stop all enemy plans of city destruction from becoming a reality. Hide under the cover of the cold snow like an expert sniper and use your rifle to pinpoint vehicles of enemy and destroy them. As an elite hero shooter sniper, you will have the chance to choose from verity of portable and blasting weapons from your secret spot on mountain. Take out your sniper rifle and shoot to eliminate all enemy personal using perfectly smooth controls made for players easy target achievement. You also have the option to throw grenades and blasters conversely on the criminal’s hideout to finish them off.

Become the brave sniper player on this snow covered slippery mountain, facing cold winter storm. Use your best gaming skills to not only crush confidence of these evil doers but you must also survive this frosting winter weather on mountain tops. You must quickly hunt down enemy base house and use your rifle to take long distance range shot to defeat these offenders. Leave no way for them to run. Take shot after proper aim at all your nemesis and come down from top of the mountain onto the level ground and take shots of every mafia head escaping in their camping ground. Annihilate all enemy jeeps, runaway vehicles and tanks by following them in your own tanks. As the protagonist of this awesome & mind boggling enemy sniping 3D free gaming world, you are virtually undefeatable so take long shots, short range shots and let bullets fly from your sniper gun to become best player. In this serene surrounding in this new 2018 sniper special combat game, protect your country from terrorism by eradicating everything standing in the way of finishing your task. Don’t hesitate to move forward in front of your mates and be the first to pull the trigger fast to shoot down, maim with enemy shooters and gangsters. Don’t let anyone escape the fury of american senior war hero sniper bullets in this amazing free online combat mission game. In this multi-level game you will be given more army artillery weapons and bonuses but you must win each level to unlock these benefits. Train your ears to the sound of bullets from pistols, rifles and tanks in this realistic gaming environment to be successful on every platform.

This multi-level snow packed covered mountain terrain gameplay will challenge the players into entering the enemy base camp like an unseen ghost to eliminate all the terrorists. Player will be thrilled to play with advanced console like controls for quick trigger pulling and hitting the target with precision in this free first person online game with awesome 3D graphics features. This will be a fierce fight between good and evil so give all terrorists a fatal blow after fatal blow on every level until you’re the last standing man and win this game. So download and start winning your first mission right now and get glued to your gaming screens! 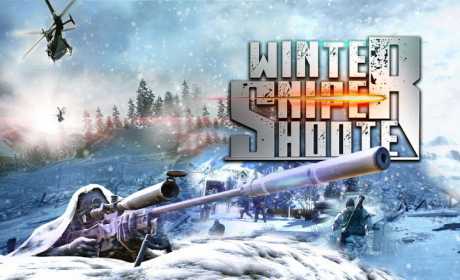 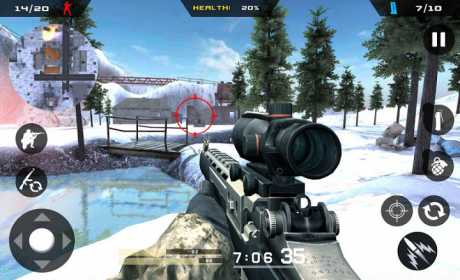 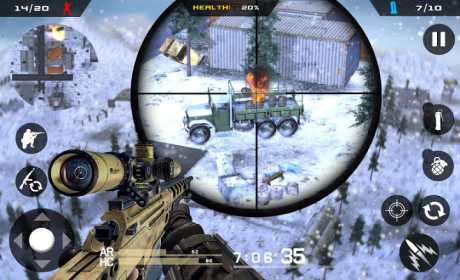