The engine behind the biggest wrestling game on mobiles now brings the revolution to MMA – featuring 300 fighters spread across 5 promotions and 5 weight classes! Immerse yourself in the sport however you choose – from a career as a ranked fighter to booking cards in the first ever fully playable “Promoter” mode. With a revamped control system tailor-made for MMA, every move is at your fingertips as you use your mind as much as your body to win this game of human chess!

Upgrade to “Pro” to enjoy each career mode at its best with no limitations – starting with anyone, anywhere. There is also a further “Backstage Pass” for those who want to save their changes to all 300 fighters and pit them against each other in dream bouts. With every rule at your discretion, you can either be a purist for 1-on-1 fights or blow off steam in ridiculous contests featuring up to 10 fighters!

CONTROLS
The game features an interactive tutorial that you are advised to play through, but the basic controls are as follows:
CURSORS = Movement (double-tap to run or dash)
S = Strike (with a direction to aim high or low and left or right)
S + any other button = One of 3 powerful attacks
G = Grapple / Transitions / Counters
B = Block / Moves / Escapes
T = Taunt / Pin / Referee duties
BLOCK + TAUNT = Pick-Up / Drop nearby objects
EYE = Change focus (if necessary)
HEALTH METER = Switch character (wherever possible)
CLOCK = Pause / Quit / Camera options

Please note that this game depicts a fictitious universe and is not affiliated with any real fighters or promotions such as UFC or WWE.

Reviews will not be seen by the developer. Please e-mail [email protected] for support. 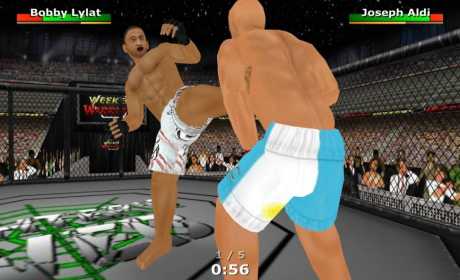 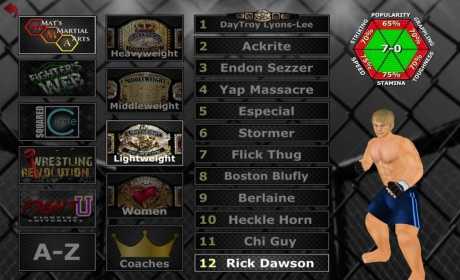 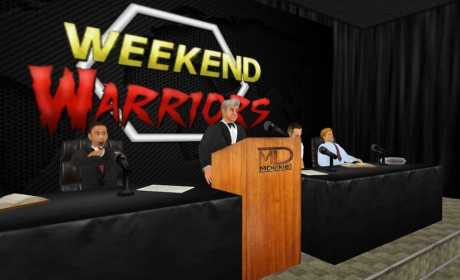