Wars and Battles is a strategy game for android

Wars and Battles is a platform of turn-based wargames that simulate historical battles and campaigns over several centuries and continents. Wars and Battles offers you rich and immersive graphics, intuitive yet sophisticated gameplay and hours and hours of game. Integrating the sophistication of traditional wargames into tablets is our commitment to players fond of strategy, history or the military.

By buying the Wars and Battles app you will be able to play the campaign in each of the 4 battles in the package. This represents more than 50 original scenarios, of which there are more than 30 for Normandy 1944 and October War 1973 alone. Advanced scenarios and full battles (including “what-if” scenarios) are available through in-app purchases, so the fun never ends!

– Fight, turn-based battles in both 2D and 3D views in impressive visual quality;
– Play quick and full battle scenarios;
– Play in solo mode or in asynchronous multiplayer mode with any player in the world at any time;
– Become a strategist with every turn you take and every scenario you complete. Enjoy a progressive experience by upgrading your rank;
– Increase your knowledge of history thanks to extensive historical photos, commentaries and units’ fact sheets;
– 2 battles available, 2 additional battles to be released.
Get ready to step into the General’s shoes and rewrite some of history’s most famous battles! 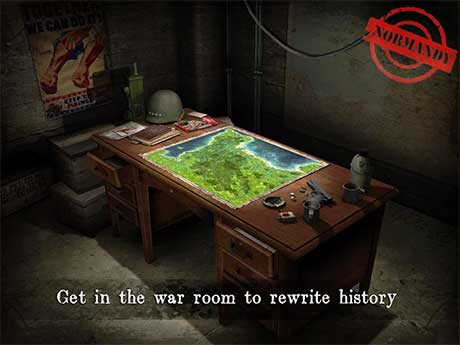 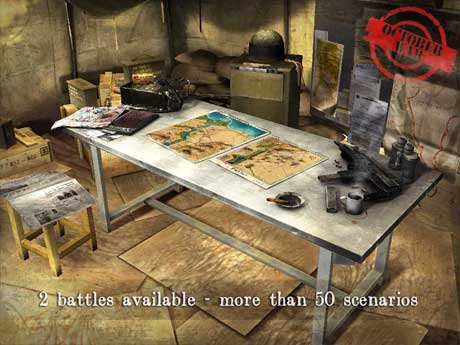 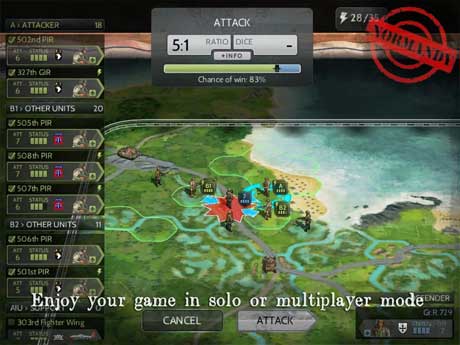