NOTE, PLEASE READ: Unfortunately, a handful of users on certain devices (Android 6.0 only) are experiencing a Google SDK issue which is preventing them from connecting to our servers. We’re working on a fix for it right now and will push an update shortly. We apologise for the inconvenience!

Regicide is a brutal take on one of the greatest turn based strategy games of all time. The game fuses multiple phases of combat with dynamic action. Maneuver your army into place and unleash a devastating array of tactical abilities to crush your enemies. The game offers two distinct modes:

Regicide Mode:
Plan the attack and command your soldiers through two phases of combat. Open fire on your enemies, utilize tactical abilities and unleash psychic powers to crush your foes. Fight your way through violent single and multiplayer battles to destroy everything that stands between you and certain victory.

Classic Mode:
Sharpen your tactics in both single and multiplayer games based on traditional chess rules, executing brutally violent kills in dramatic battlefield terrains. Select your race and go to war online against opponents from all over the world in the fully cross-platform multiplayer mode.

• Online and single player: Test yourself against our AI in both Campaign and Skirmish and bring your new skills to bear against opponents in multiple online game modes.

• A cunning AI: Sharpen your skills verse 5 different AI difficulty settings in both Classic and Regicide.

• Asynchronous gameplay: Take your game with you and challenge your friends to multiple asynchronous matches.

• Competitive online leaderboards: Compete against your friends and the world with live Classic and Regicide Leaderboards.

50 mission single-player campaign: Join Captain Dracomedes as he fights for Hethgar Prime with the Sons of Sanguinius in the 50 mission, fully-narrated campaign: The Angels of Death.

• 2 unique races: Play as the indomitable Space Marines or blood thirsty Orks, each with their unique strengths, weaknesses, abilities and strategies.

• 12 unlockable Chapters and Clans: Requisition one of 11 iconic Space Marine Chapters or Ork Clans to field in multiplayer and skirmish matches.

• 36 exclusive models: Tailor your army’s appearance by progressing through Campaign, Skirmish (VS AI) and Online Leaderboards.

This is only the beginning. The universe spans untold galaxies to conquer.
This is not just war. This is REGICIDE. 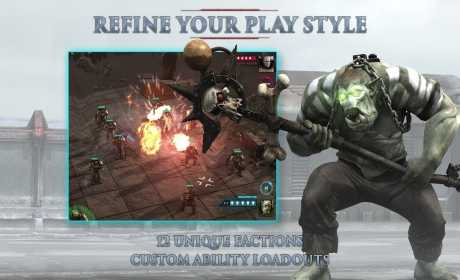 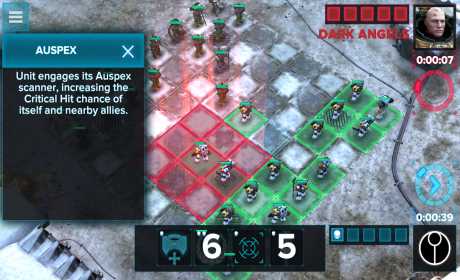 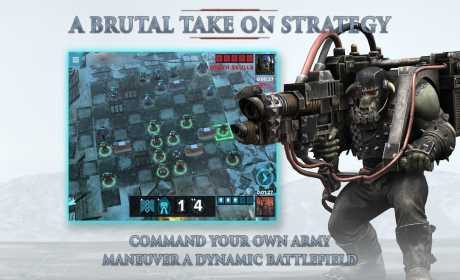