Drive the super fighter and start the journey to conquer the sky!

Show your air strength to the enemy, avoid the missiles, and beat them!

Come and experience this game!Enjoy the thrill of riding in the vast sky!

Game features:
*More planes waiting for you to drive:
10 world-renowned fighters are waiting for you to experience! JC-20, F-22 and other air ace fighters are also among them. The fighters are ranked according to the star rating from 2 stars to 5 stars!
*Powerful weapon upgrade system:
Make your fighters stronger by equipping with powerful weapons! Airborne machine guns, long-range guided missiles, multi-target missiles, warplane plate and many other weapons and parts can be arbitrarily modified and upgraded by your preferences. If you don’t have enough gold coins to buy high-grade weapons and equipment, it’s completely alright! You can upgrade low-level weapons to achieve high-level effects!
*More challenging levels:
The game currently has 8 maps, 8 island battles. Each battle has 6 levels and a total of 48 levels waiting for you to challenge. Drive your fighters to join this air battle and conquer these opponents! We will continually update the level to ensure that players experience a more interesting and exciting game experience!
*More enemies:
This is not just a simple air battle but a full-scale 3D battle of sea, land and air! As you gallop in the sky, there will be enemy ships on the sea and fortresses on land, which will also attack you at the same time.
*Simple operation:
The virtual joystick controls the direction of the aircraft movement, the up and down buttons control the speed of the aircraft. Click on the weapon equipment button to fight against the enemy!

Flexibly maneuver your plane and get rid of the missiles that the enemy fired! 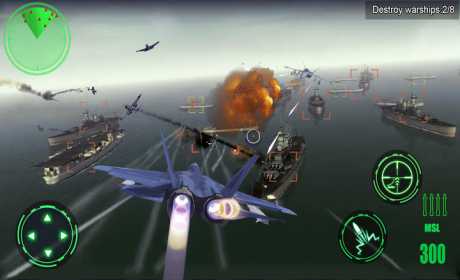 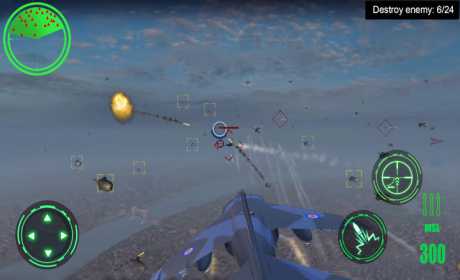 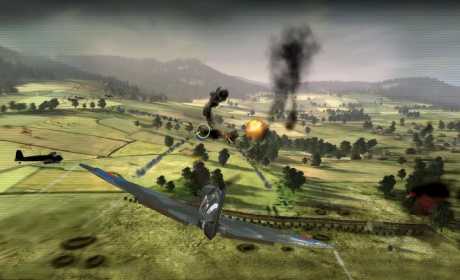