The Travian CLASSIC with more than 1.5 million players now as an app.

New features
• Choose your role as either KING or GOVERNOR
• Turn your village into a flourishing city
• Raid ROBBER CAMPS and steal resources
• Form SECRET SOCIETIES
• Play on both, your PC and/or smartphone
• Experience tactics, skill and strategy – ANYTIME, ANYWHERE

The classic features
• Found a Gaul, Roman or Teutonic village and build it up to become the center of your empire
• Recruit a mighty army and join your troops in waging war against your enemies
• Fight as a team and form alliances with fellow players to bring your enemies to their knees
• More than 1.5 million players are waiting for you!

Found a village and turn it into an EMPIRE! Be it a Roman, Gaul or Teutonic village that you begin with – using elaborate tactics, you will soon be the ruler of a mighty empire in this strategy game. You secure your power and influence through conquest. You raid Gold and resources and do trade with others. You also form alliances with other players (MMO).

Start as a GOVERNOR or KING! New in Travian: Kingdoms: You decide whether to start as a king or governor. As a king, you will be responsible for the protection of your governors. You expand your empire with the help of powerful alliances and lead your troops into battle. The role of a governor is appealing, too. Here you can concentrate fully on building up your world. As part of secret societies you can pit different kings and tribes against each other. When the time is ripe you kick the king off his throne!

Forge ALLIANCES with other players! This lies at the core of Travian: Kingdoms. Celebrate your battle victories with other players and pick up the pieces together after military defeat. But watch out: Alliances are not always what they seem to be and whole armies change sides just as you call to battle.

Travian: Kingdoms is free-to-play and one of the most successful and popular multiplayer games (MMO). It has been holding fans of simulation games from all around the world in its grasp for around ten years. The Travian developers have not only further improved the graphics in this new version, but also opened up lots of new strategic opportunities.
Travian: Kingdoms can be downloaded and installed free of charge. Some game features can however only be purchased with real money. If you don’t wish to use this function, please deactivate the in-app purchases feature in your device’s settings. A network connection is required. 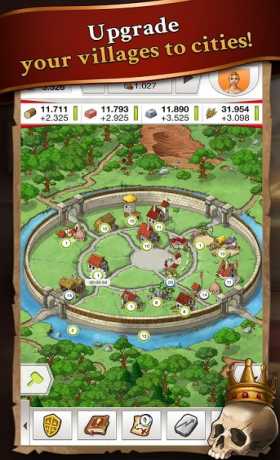 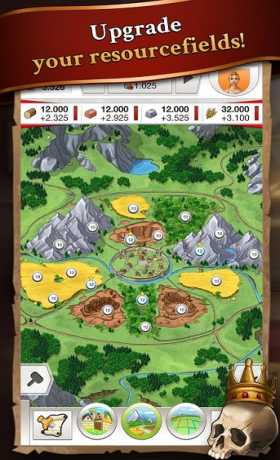 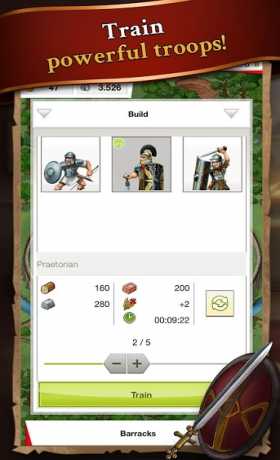