Price In Google Market : £0.69
Toy Defense 3: Fantasy is a strategy game for android.

GREAT LABOR DAY SALE IS ON! 50% OFF! DOWNLOAD NOW!

Tournament mode has been added! Get ready to compete in thrilling weekly tournaments. Try to beat your friends and get all the top prizes! Track your Facebook friends’ progress on the map — know what you’re up against!

More than 15 million fans all over the world are playing the Toy Defense franchise! Be the first to discover the third entry in the Toy Defense series, Toy Defense 3: Fantasy! Wage war against hideous goblins and terrifying dragons! Epic battles filled with pure magic are waiting for YOU!

Step into the role of a 10th-century commander and become the equal of Richard the Lionheart! Recruit and train your kingdom’s warriors, elves, wizards, and healers to create a powerful army and destroy the enemy’s forces! Use magic power to defend your castle and show your courage to drive these vile monsters from your lands!

– Immerse yourself in a medieval fantasy atmosphere
– Incredible graphics with an amazingly detailed medieval environment
– Battle evil generals at the end of every wave!
– Invite your friends to join you in a magical world!
– Get ready to compete in thrilling weekly tournaments with your friends! 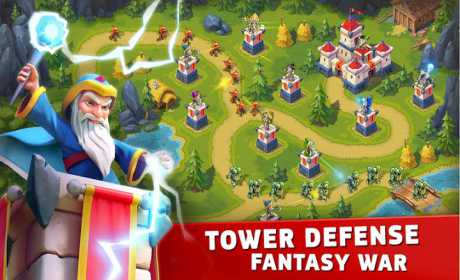 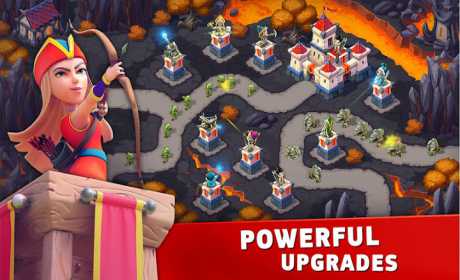