Toy Defense 2 is a strategy game for android

Toy Defense 2 is the long-awaited sequel to the multi-million-download tower defense hit Toy Defense! Set in World War 2, this action/strategy game is packed with more td levels, amazing fighting features, a big selection of shooting units for each world, and more intense action than ever.

Take part in various missions in a range of theaters of war, from the picturesque beaches and forests of Normandy to the deserts of northern Africa. The most epic battles of WW2 await you!

Recruit, upgrade, and manage your troops to create your own powerful army! Put towers into action and defend your base, fight off invading enemies, and develop your own winning strategy!

– Classic tower defense gameplay with excellent level design and stunning artwork
– Over 200 missions on a variety of World War II maps
– Tournament Mode: login with Facebook and compete with your friends
– Compete with other commanders in an exciting new game mode – PvP!
– Now your Facebook friends can help you in battle and become heroes under your command
– Masterful reconstruction of the most decisive battles of WW2 – the Battle of Iwo Jima, Operation Crusader, the Battle of Stalingrad, and Operation Overlord
– A set of unique combat units for each world inspired by real weapons and vehicles used in WW2
– Unlockable upgrade tree with multiple improvements for each fighting unit
– New amazing power-ups to aid you in battle
– Unlimited potential for collecting hero units
– A brand new in-game notification center to keep you up to date with special offers, game events, upcoming updates, and much more

With Toy Defense’s unique spin on military strategy having become a proven success among gamers, the sequel Toy Defense 2 is sure to be a great find for anyone who enjoys tower defense, action, and strategy games. 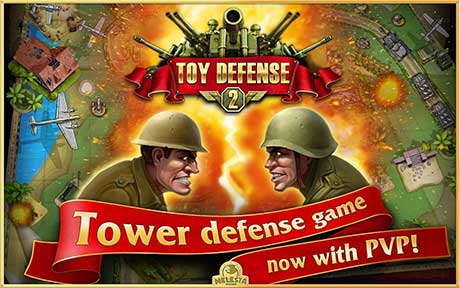 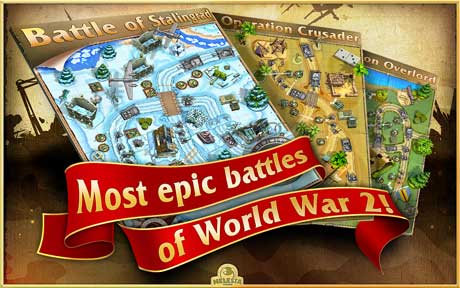 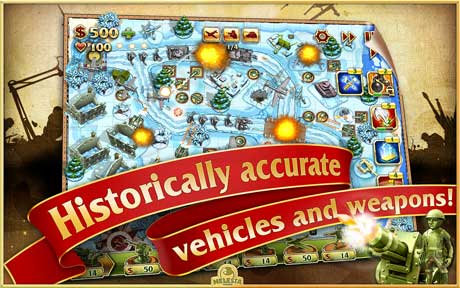