Modern combat just landed in the palm of your hand! Launch waves of tanks, troops, helicopters and bombers to destroy enemy armies while simultaneously attacking their bases. This Means WAR! takes a giant leap forward in mobile strategy gaming, putting the entire battlefield at your fingertips: Army-on-Army, Base-on-Base, Mano-a-Mano — with furious action all around! Play through an epic campaign or go online to challenge your friends. Take on thousands of other foes across the globe and compete for resources, medals, power and glory!

PLEASE NOTE: This Means WAR! is entirely free to play. However, some in-game items are available for purchase with real-world currency. If you’d like, you can disable this in-app purchase feature in your device’s settings.

– FREE TO PLAY.
– Simultaneously attack your enemy’s base while defending your own with ground troops, tanks, helicopters and bombers – the entire combat chain is yours to command.
– Base-on-Base: Two armies and both their bases mix it up simultaneously in every battle. Watch both bases move the battle line on the screen!
– Army-on-Army: Face off Mano-a-Mano with your adversary’s troops, not just a bunch of defensive towers.
– Regenerating Army: Every soldier deserves a second chance to march to glory! Your troops regenerate with their game faces on, ready to redeploy before the battle is over.
– Expand your powerful army with troops, tanks, helicopters, drones, and bombers – 13 types of units, all with multiple upgrade levels.
– Strategic Base Building: Construct an impenetrable fortress guarded by walls, mines, traps, missile sites and bunkers.
– Challenge your friends to earn valuable Power Cells.
– Fight other players around the world, steal their precious resources, and earn medals – Yoink!
– Test your skill against enemy AI commanders in Campaign Mode.
– Forge Alliances with fellow players and compete in weekly alliance tournaments.
– Build the new Level 10 Command Center to unlock all-new, devastating troops.
– Battle for leaderboard dominance in exciting Raid Events with big payouts going to the top players and alliances.
– Capture Hexium, the game’s newest, rarest resource, and build the unstoppable, new Minotaur Tank!
**************Important**************
HD DISPLAY GRAPHICS!
1080p ready for a hi-def gaming experience

OPTIMIZED FOR ANDROID
Supported on tablets of all makes and sizes 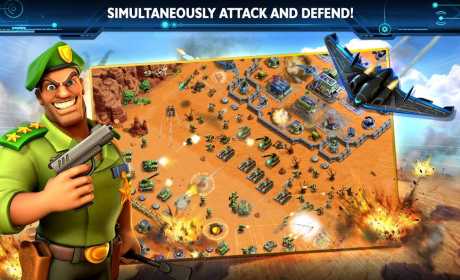 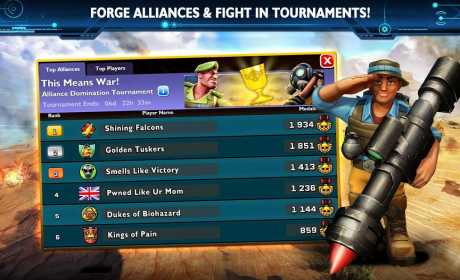 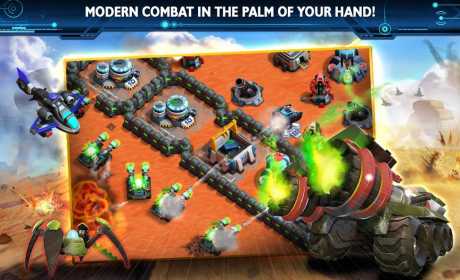