Step aboard the 1914 Orient Express in this award-winning mystery adventure from Prince of Persia creator Jordan Mechner, now for the first time on Android!

JULY, 1914. With Europe on the brink of war, the luxurious Orient Express departs Paris for Constantinople, plunging American doctor Robert Cath into a maelstrom of treachery, romance, and international intrigue.

The Last Express is a complete, faithful Android version of the internationally-acclaimed 1997 PC classic.

– 20+ hours of game play
– Interact with 30+ characters who behave like actual people on a train — moving about in real-time and conversing in their native languages
– Eavesdrop on conversations, sneak into compartments, and uncover clues
– Explore a richly detailed, historically accurate 3D recreation of the 1914 Orient Express
– Your actions affect other characters’ behavior, making every play-through different
– Rewind feature allows you to back up to any point in the story and choose a different course of action
– Playable in 5 languages: English, French, German, Italian and Spanish

“The Last Express is just one of those games that adventure fans, or just fans of a good story, need to play.” 4/4 – Slide To Play

“It’s a piece of videogame history and a shining example of what can be done to create an experience so much more immersive than the Heavy Rains of today.” – 8/10, Destructoid

“Exquisite design and a literary story. A thrilling ride.” – Newsweek

“The top adventure game… thumbs up by all ages and both genders.” – Family PC

“A masterpiece.” – Computer Games Strategy Plus

“Gripping… amazing… totally unique. The best adventure game I have ever played. Beautiful, skillfully crafted, and worth every penny and hour of your time.” – Games Domain Review 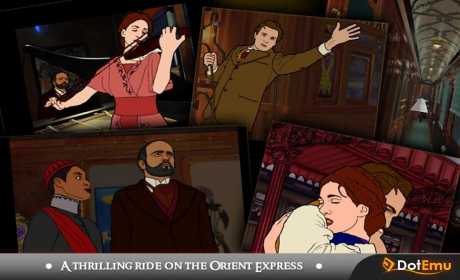 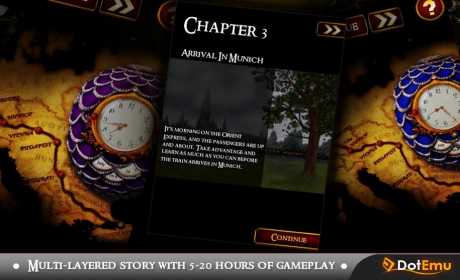 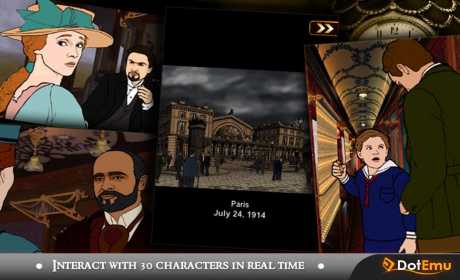