The Great Ottomans – Strategy Battle for Throne 1.0.4 Apk for android

☆The first mobile MMORTS based on the Ottoman Empire☆
☆A strategy based SLG where skills, rather than gold, lead to victory☆

Take a journey through time to the middle of the 15th Century as the fledgling Ottoman Empire establishes its hold on the Turkish heartlands; a young, fearless, powerful Kingdom bursting onto the global scene with a point to prove. As a Lord in the emerging Ottoman Empire you must train troops, research technology, collect resources, slay monsters, develop your castle, and form steadfast alliances. As the empire prepares to expand, you must prepare for war!

Download The Great Ottomans and experience epic PvP battles in real-time. Seize the pen of history and write your own Ottoman legend!

●The first mobile MMORTS based on the Ottoman Empire
Collect resources, establish a mighty empire, research technology, master a vast array of destructive skills and abilities, train an army of loyal Ottoman warriors, and arm yourself with indomitable strength to guarantee victory in battle and establish yourself as king of your own kingdom!

●Flexible troop formations
With a vast array of soldiers, including infantry, cavalry, archers, shield troops, and a panoply of siege weapons, you can tailor your troop combinations and strategy to any situation and maximize your rate of victory, using your brain to defeat bigger, stronger opponents on the field of war!

●Raze and plunder cities
Consolidate your grip on the dynasty by training troops, upgrading weapons and equipment, constructing giant engines of war, and developing fiendish traps, all while you devise strategies to help you expand and advance. Lead your army to victory against your enemy, plunder resources, and take magnificent cities by force!

●Strategic battles
Sick of hands-off battle systems that leave you feeling uninvolved? Well, our real-time battle system will test the limits of your strategic thinking. To be an effective lord in this real-time SLG, you’ll need to study the strategy, leadership, diplomacy and tactics of the Ottoman Empire itself. Manage resources, command troops, and distribute traps effectively to destroy enemies and rule the world!

●Make friends
Invite your friends to form unbreakable alliances; work together to develop your economy; train soldiers, upgrade your castles, distribute resources, and reinforce each other in times of war; work as a group to attain victory and share the fruits of your labors together!

●Explore the wilderness!
Hunt for monsters in the wilds of the Turkish peninsula; hone your skills by slaying them and receive their rich treasure!
Explore secret dungeons hidden away below ancient ruins, challenge powerful guardians in the dark recesses, and excavate the ancient treasure buried deep within! 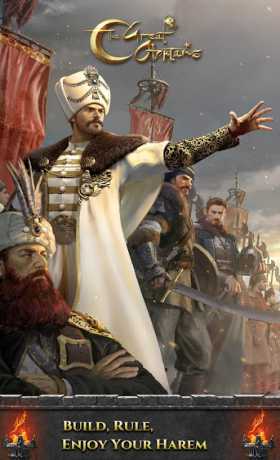 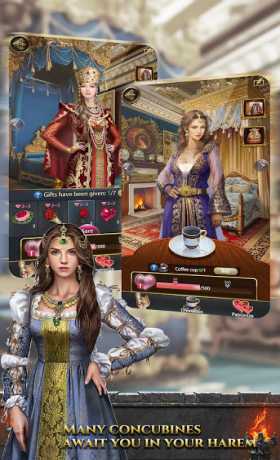 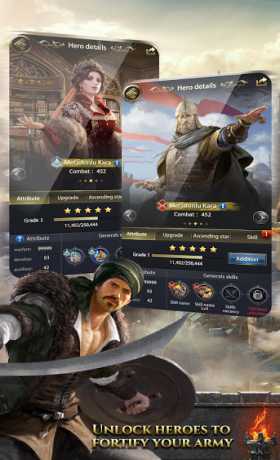