The Crossing Dead is a arcade game for android

One part Endless Hopper.
One part Zombie Shooter.
The Crossing Dead will have you constantly coming back for more!
Are you a survivor?

*** Extreme Endless Crossing ***
This game packs tons of the things you’ve come to love about road crossing games but brings the genre to the next level! Sure there are cars, rivers and logs, but now throw in there sparking telephone poles, flaming cars, graveyards, prison mazes and cities crawling with ZOMBIES!

*** Blast Enemies Away ***
All kinds of weapons and power-ups are littered throughout the randomly generated level. Make use of the shotgun, pistol, laser gun, rocket launcher or chainsaw and make quick work of those pesky zombies. Don’t let them eat your brains and convert you to the crossing dead!

*** Compete with Friends ***
Compete with your friends for the highest score and prove that you are the best survivor of them all. If you die your corpse will show up on your Google Play Friend’s phone for them to blow away when they have reached your score! You will also be able to see your friend’s zombified corpses as you reach their high scores! It’s a ton of fun!

*** Funny Characters ***
Their are tons of funny characters to unlock! Collect coins and unlock them all. Then use your favourite one and hop your way to the ultimate zombie survivalist!

This is a super fun, lovingly crafted game. And best of all it’s totally free!
Welcome to the world’s most hopping zombie apocalypse! 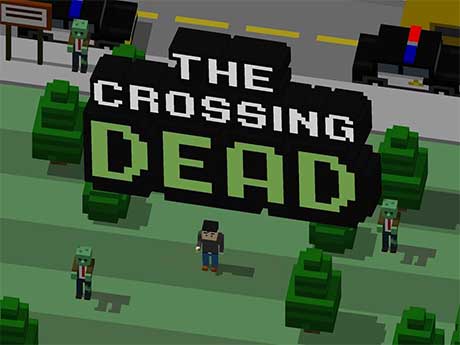 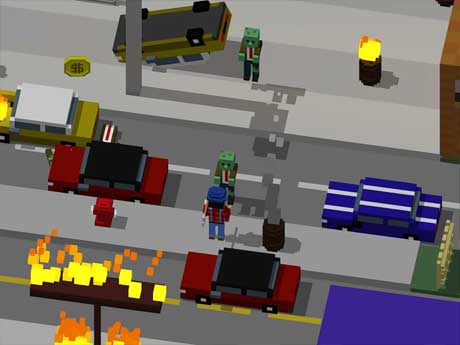 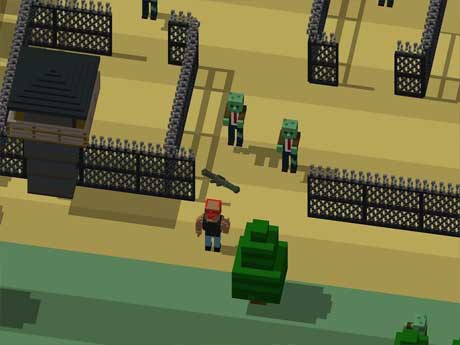