There’s only one way to Rise to the Top – playing TEPPEN!
TEPPEN is the Ultimate Card Battle game where units you command operate in real time, featuring dynamic action with over-the-top attacks blowing up your screen.
With astonishing graphics and a cutting-edge battle system, TEPPEN is the card game to end all other card games!
Command popular Heroes (characters) from Monster Hunter, Devil May Cry, Street Fighter, Resident Evil, and other series in All-Star action from Capcom’s finest!

————————
◆Game Introduction◆
————————
◆Story
Eight iconic Capcom Heroes have been bound by fate, and must battle through the Land of Illusion to find the truth. Journey with them across an inventive story mode that seamlessly melds Capcom’s universes.

◆Battle System
With TEPPEN’s quick-paced battles, you could take part in the fight for your life wherever you are, whenever you want, and not miss a beat.
Get hooked on killer card action as you expertly wield Heroes, Unit Cards, and Action Cards!

◆Battles
Overwhelm your opponent with Hero Arts (Special Moves) and gain control of the battlefield in epic real-time battles!
Take advantage of Active Response (turn-based battles) and keep your opponent on their toes!

◆Quantity AND Quality
Not only are many of your favorite Heroes here, they all look amazing with eye-catching artwork and gorgeous animation!

◆Take on the World
Unlock Heroes in Story Mode, then try them out in Free Matches! Once you’re ready, contend with other players around the world in Ranked Matches and vie for dominance!

Please read the Application User Agreement before using the application.
By clicking the download button and downloading this application, you agree to the terms and conditions stated in the User Agreement. 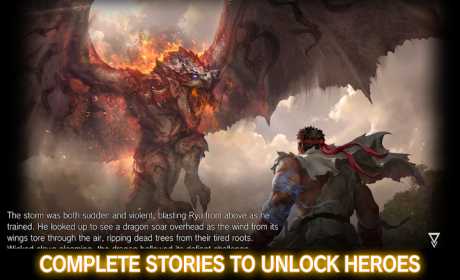 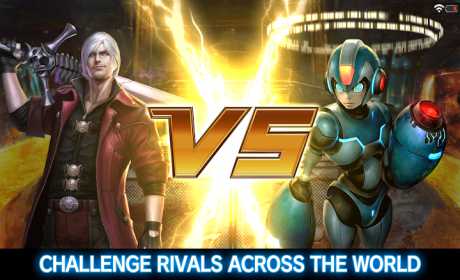