🔴 Congratulations! You have discovered a brand new dynamic hit RTS game! If you are a sports fan, if you like competitive games, then you must not miss it!

🟠 This sports game adopts the latest 4D picture quality, and the high-definition picture perfectly restores the ultra-real tennis arena. No matter when and where you can be immersed in the excitement and wonderfulness of the tennis court!

🟡The gameplay of this strategy game is simple and intuitive, easy to learn but full of skill. According to different levels, there are different difficulty modes and detailed tutorials, so that you can learn tennis knowledge while lying down!

🟢 A character upgrade system similar to RPG, strive to improve your battle skills, unlock high-level tournaments, and have the opportunity to start a dungeon of the tennis champion’s journey mission!

🔵Participate in tournaments around the world and become famous in a new fast-paced small venue competition! Train your players, form your dream league, and participate in team battles to win your exclusive glory!

🟣There are also so many special events and various ways to play, allowing you to enjoy a unique tennis game!
What are you waiting for? Download and experience it now❣️

Game features:
● PVP single player/multiplayer mode, team up with your peers to defeat your opponents!
● Participate in the World Tour and receive rewards in the world leaderboard!
● Manage your tennis club and get rich income!
● Improve the level of the tournament to start the dungeon king’s journey event!
● The fun-filled gold coin craze challenge will give you a different thrill of fighting!
● Daily and weekly Super League, defeat the strongest opponent and become the king of tennis!
● Perfect friend interaction system, become friends with like-minded players all over the world
● Lively and novel chat emoticons, you can express emotions at any time during the game
● Customize character costume characters according to your preferences

🎾This is online fighting games suitable for playing with family and friends! PVP player battles, double battles, friend battles, 1v1 real-time matches with players from all over the world, the most realistic visual and sound effects, bringing you an immersive gaming experience!

📣Tennis Tour is convening tennis masters around the world, don’t hesitate, it’s you! Download now and invite your Facebook friends to play, use your tennis talent, win the game to accumulate trophies, and redeem more limited equipment!

If you like table tennis(ping pong), football(soccer), basketball, baseball, badminton, volleyball, then this sports simulation game will definitely be your favorite!

This best iPad game is a turn-based battle with a third-person perspective. Players perform role-playing and compete in real-time on the tennis court to compete against the enemy. The excitement of FPS is real, the operation feel of MOBA, there are many card characters for you to choose! Come and join the Tennis Tour! 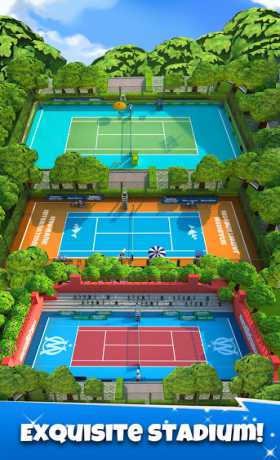 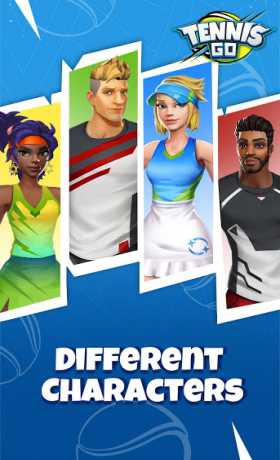 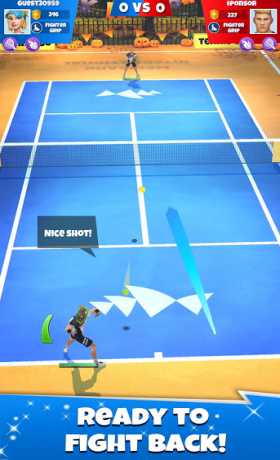