TankON – Modern Defender is a Action Game for Android

Tank – Modern Defender is the arcade with RPG elements. You have your base against the attacks of the enemy jeeps, tanks and helicopters defend.

In the game you control the tower, which moves in front of your base, and fired heavy machine gun or cannon at enemies. The tower is protected by a force field, so that it “catch” the enemy grenades and prevents damage to the base.
You can also use special weapons
can • Orbital Ion Cannon destroy multiple targets at once
• The effects of electromagnetic waves, the enemy vehicles lame
• The force field that the entire base and protects
• The bomb, which covers Nuclear Blast the entire battlefield.
For each destroyed enemy you get silver coins, gold coins and for completing missions and protect your base.
Spend the to update coins between missions, weapons and protect the soil and to improve special weapons as well!

You also get awards for different achievements, and also for the fact of the start of the game! Play every day, and the daily prize is bigger and bigger! 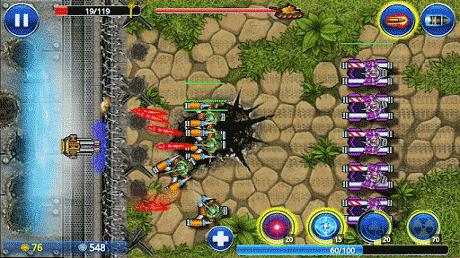 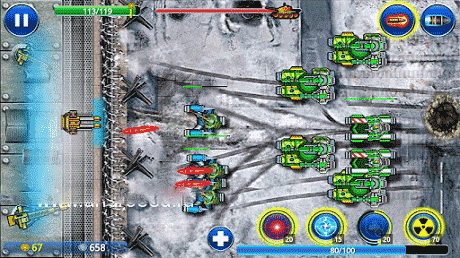 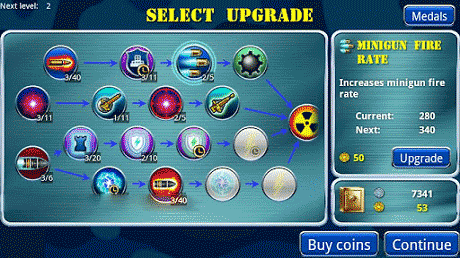