Talking Tom: Gold Run is a game that you have to get as far as you can while collecting gold lingots along the way.

You’ve been robbed! Explore this endless runner as TALKING TOM and TALKING ANGELA to chase down the robber and get your gold back! Discover new worlds, different running styles and grab boosts on the go. Running will pay off – you’ll be able to build your very own dream home from the ground up…

This app contains:
– The possibility to use and connect with friends via social networks
– The option to make in-app purchases
– Alternative options to access all functionalities of the app without making any in-app purchases using real money (build progress, in-game functionalities)
– Promotion of Outfit7’s products and contextual advertising
– Items are available for different prices in virtual currency, depending on the player’s progress
– Watching videos of Outfit7’s animated characters via YouTube integration
– Links that direct customers to our websites and other Outfit7 apps 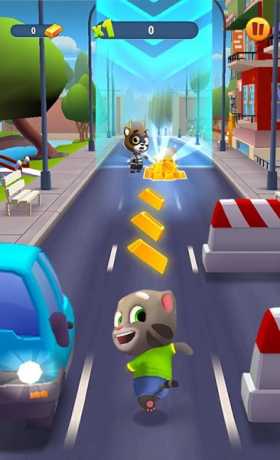 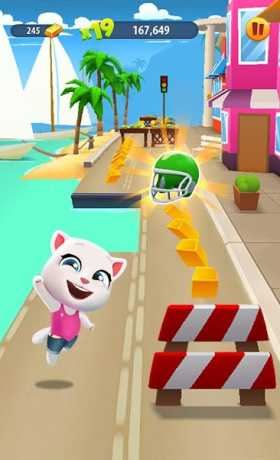 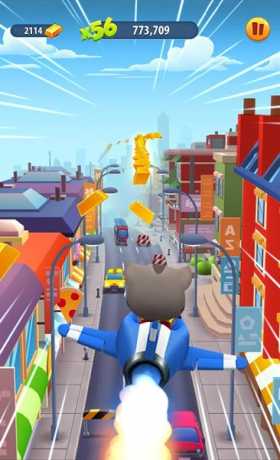