Join Talking Tom and Friends for the best water fight of your life!
Grab your spray guns and water balloons, and get ready to pull pranks and soak the cats from a nearby camp! Build your camp, plan a sneaky attack and loot the other team’s gold coins. Win the water fight or get wet trying.

JOIN THE WATER FIGHT
Help Talking Tom win the most exciting water battle of the summer. Are you ready to soak the other camp?

DEFEND & PLAN ATTACKS
Protect your troops, your camp and your gold coins while planning the ultimate water fight!

WIN GOLD
Win the water fight and collect gold coins from the other camp. 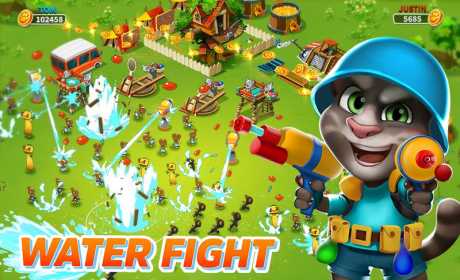 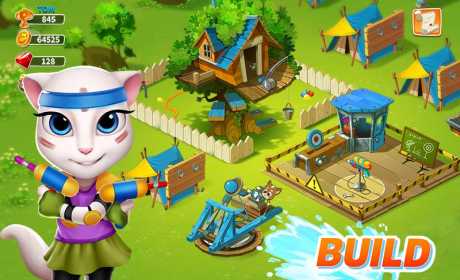 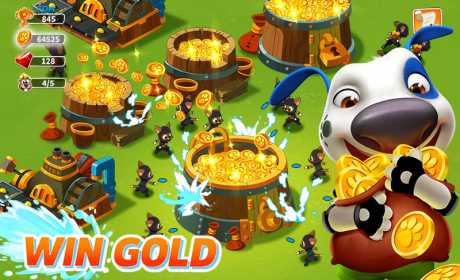