This fighting game will give you a chance to become one of dbz heroes to fight z with enemies and protect everybody on earth. Enter into the arena and fight for the survival. If you love playing games then this is the game which will amaze you with the swift handling and amazing features.

With addictive gameplay z fighters, your enemies will upgrade their power and you have to fight for survival. To fight against the most DB Boss likes Ninja Black, Big Thunder lizards…, the shadow stick z fighter may need to upgrade your power to the highest level. We bet you will enjoy the abundant upgrades for and all your stickman heroes in the best action RPG fighting game.

Stick Warriors has the most basic control ever! you just need to dodge, jump, power your ki, become ultra instinct and Z warriors super Hero fight against invaders. Use ultimate power, ultra shooting ball skill will be kill all invaders in shadow.

– 100+ stickman fighter characters with unique design style and special skill of each
– Story mode: Over than 144+ levels in story mode that help you collect stickman fighter characters more quickly. The maps in Stick Warriors be continuously updated, graphics transformation super ssj z on each other maps only in dbgt fight!
– Versus mode: Face your favorite opponent head-on in an one-on-one battle. The winner will be decided after 3 rounds.
– Tournament: 16 finest warriors were chosen to fight in the tournament. Defeat any person may come in your way to reach the ultimate glory as the new champion.
– Training mode: Prepare yourself for a new journey. Here, you can practice fighting skills and try out new characters. There’s no limit on time so you can fight with the dummy as long as you want.
– Upgrade and unlock over 100+ unique special moves for each fighter.
– Stick Warriors super saiyan has the most basic control ever!
– Ultra instinct characters.
– Easy and Simple to play.
– Cool transform Saiyanz.
– Collect these kinds of super fighters: dragon ssj2, z ssj3, ssj4, ultra instinct (ui), xeno… to become strongest stick warrior.

Download the game now and join millions of players around the world and start your journey in Stickman Warriors – Super Dragon Shadow Fight! 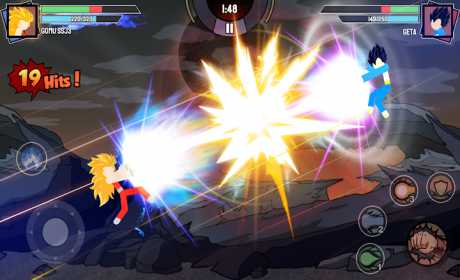 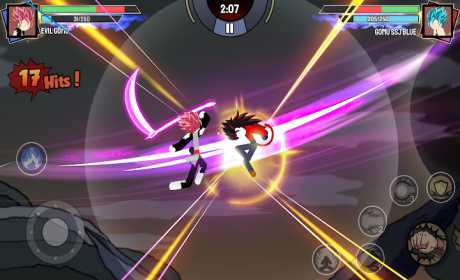 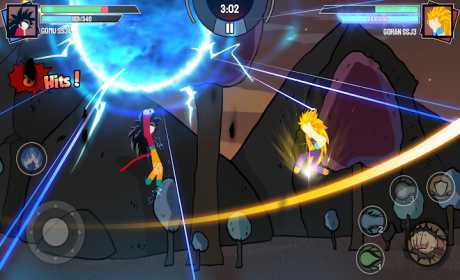