Stellar Forces is an asynchronous online multiplayer turn-based strategy game for Android. Take control of your elite squad and defeat your opponents in one of over 90 different missions. Join games that are waiting for an opponent or start your own, then equip your units and away you go. All your units are under your control and they can move, shoot and use equipment, whether its an barren planet, space station or alien-infested moonbase. No two games are ever the same, and you can play as many as you want. This game has NO in-app purchases or adverts.

WIDE VARIETY OF MISSIONS
There are over 90 different kinds of mission. These start with basic assasination where you must kill an important VIP that is being protected, and sabotage where you must destroy installations. Once you become advanced, you can take on the more advanced missions such as egg collector, where you must collect more alien eggs than your opponents, but watch out for the aliens that are protecting them. There are missions for 2, 3 or 4 players. Some missions involve Escorting a VIP across a sniper infested town, or being the first to collect the flag which in some missions may be located in the centre of an alien prison. Or maybe you want to control a gang of criminals intent on making an escape from the maximum security prison?

See all the mission here: http://www.stellarforces.com/dsr/missiondescriptions.cls
DIFFERENT KINDS OF UNITS
Not only can you play a squad of humans, there are also mission where you can play vicious aliens that can tear a human apart and explode with acid blood, or blobs which can split into smaller blobs or join together to make a giant super-blob. There are also missions with zombies, which don’t stay dead for long, or clones, which just keep on coming. Can you survive to the end?
WIDE VARIETY OF EQUIPMENT
As well as the guns, there is also a wide variety of other equipment that you can equip your units with. These include grenades from small to big, smoke grenades to prevent you being seen, nerve gas to smoke out the enemy, medi-kits and close-combat weapons, and also protective armour.

See all the weapons and equipment here: http://www.stellarforces.com/dsr/equipmentdetails.cls
ADVANCED FEATURES
This game has lots of advanced features for the experienced player to make the game even more exciting. Units can give away their locations if they make a noise. Smoke or nerve gas can spread and effect a unit’s line-of-sight. Fully destructive scenery and walls. If the enemy is expecting you to go through the main entrance, why not blow a hole in the wall?
LEAGUE TABLE & TROPHIES
Stellar Forces has a league table showing the best players. Can you get to the top? After a game has finished, you can watch a complete playback to see exactly how close you were to winning or losing. You can also win trophies for winning sets of missions or winning a certain number of games (and also for losing too many!).
OTHER FEATURES
* Play against 2, 3 or 4 players.
* Turn-based, and receive an email when it is your turn.
* Play as many concurrent games as you want.
* Take your turns in your own time.
* Watch a full playback of all your missions afterwards.
* In-Game chat, messaging and forums
* Absolutely NO in-app purchases or adverts

If you have any problems, queries or suggestions, please email me at [email protected] I promise to reply to all emails. 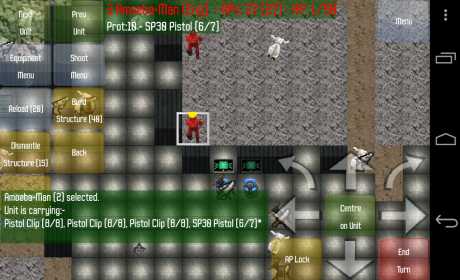 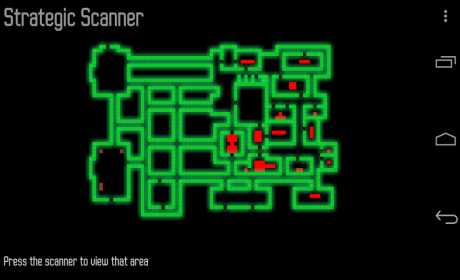