Build, upgrade and defend your very own spartan city! Use strategy and command your army of angry spartans to attack your enemies (or friends) and battle your way to glory in Spartania!

Spartania is simple and easy to play, this game is a combination of strategy, magic and some funny jokes. It requires you plan how to barricade your defenses (don’t just build and upgrade everything you can in a random order) and plan your attacks carefully (just sending every soldier you have won’t cut it) in order to win every battle and make your commander – THE COMMANDER.

A funny, new kind of strategy game from Google’s Top-Developer Spartonix with over 700K downloads in the first 2 weeks, was featured on Google Play in over 120 countries!
Extremely small weight game! – only 19MB!

“Funny. it’s like you’re in past centuries“ (5/5 stars)
“Easy, simple, addictive!! It’s a super fun game.” (5/5 stars)
“Excellent Game! A great game, only after a few fights and already hooked! I’ll Recommend all of my friends. Highly recommended“ (5/5 stars)

Game Features:
✔ Build and upgrade your very own spartan city
✔ Place your defences strategically and defend against other players’ attacks
✔ Watch out from the Barbarian Raiders
✔ Train your army of funny characters – Soldiers, Archers, Sorcerers, Elephants and more
✔ Upgrade and evolve your army into an unbeatable force
✔ Battle players worldwide and take their Gold, Food and Trophies
✔ Challenge your friends to see who has the best army and who is the better spartan
✔ Discover your favorite attack and defence forces from countless combinations of units
✔ Watch replays of every battle – Watch your spartan army in battle to improve your strategy
✔ See how you compare to other players worldwide in Google Achievements and Ranking
✔ Spartan themed graphics and sounds with adorable, funny characters
✔ Free action charged strategy game – You have to have strategy in your attacks!
✔ Play as either a male or a female and command your army of spartans to victory

Join the Spartan Community and get updates, participate in competitions or just watch some funny videos of our angry spartans: 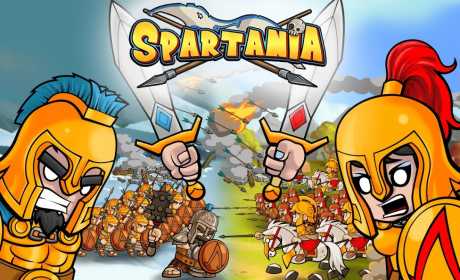 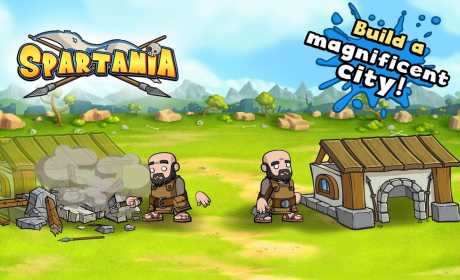 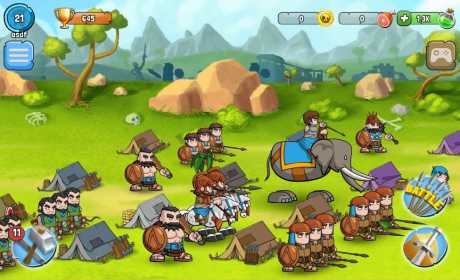