First game for the franchise on mobile ever! SPACE RANGERS: QUEST is a new text adventure in the world of Space Rangers with a touch of nostalgia. Save the Coalition from the new threat!

Choose a space ship and sail on a journey. You are to research the origin of the threat and defend the organic life. But do not expect to be laureled – a life of the ranger is full of danger. You will be getting hard-earned credits, doing the dirty and sometimes illegal work. But if you manage to get space maps, then you will gain access to the entire galaxy full of possibilities. Intelligent and over-intelligent races, battles vs. pirates, holograms and hallucinations, battle controlled robots! Never say never and just be on guard.

Key features
• CLASSIC TEXT QUESTS. A classic sci-fi saga both in the form and contents, easy written and humorous.
• INGENIOUS PUZZLES. A space ranger shall be smart and intuitive to find the way out of challenging situations. Dozens of unrepeatable situations – from combat to especially hard-to-crack puzzles.
• SPACE BATTLES. It is kind of stupid to leave a dock without guns – humongous space monsters are quite unlikely to attack you, but numerous pirates from every system definitely can. Shields ready?
• ROLE-PLAYING. By completing tasks you can earn not only credits to get fuel or repair a ship, but also to do multiple upgrades. Spend them all, or deposit for future – this is the question. So use them wisely!
• RANDOM EVENTS. Every system always means a new acquaintance, but it is quite hard to tell what it brings.
• UNKNOWN TWISTS and Turns of Supposedly Well-Known Events. An attentive ranger will find out much more than what was in the galaxy news. 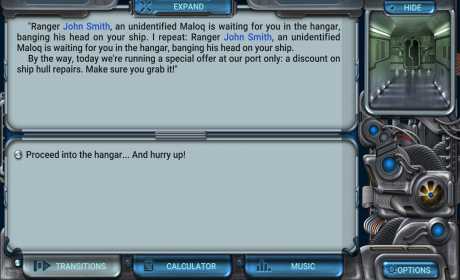 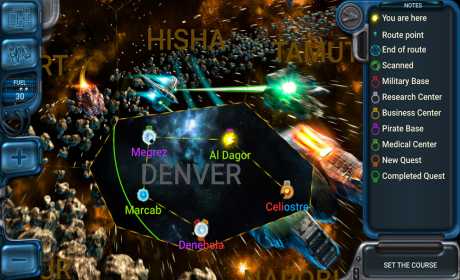 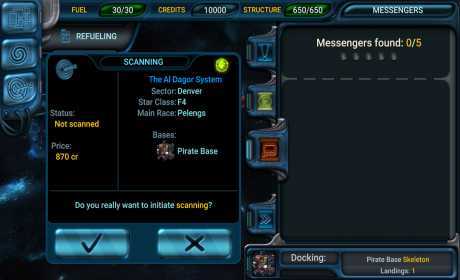