SoundSeeder plays and streams your music via WiFi to additional devices and turns them into wireless speakers.
All devices (Android, Windows, Linux, Raspberry Pi, …) play your music in sync as one large sound system.

Main Features:
• Stream and spread your music at home or on your party to multiple devices in different rooms. (Multi room audio system)
• Connect your phones via “Wi-Fi direct” or start the portable hotspot to share your music with SoundSeeder wherever you want. Listen to the same music with your friends, make a silent disco party or whatever you like…
• Free speaker application for Android, Windows and Linux (Raspberry Pi) available (http://soundseeder.com/downloads)
• Remote control playback and volume of all speakers
• 5000+ Online Radio Stations included, powered by Dirble.com
• UPnP/DLNA browser included
• Google Music support
• YouTube support via “semperVidLinks” app
• Like Samsung “Group Play” ™, Sonos ™ or Play-Fi ™ for everyone

The free version of SoundSeeder connects to two speakers for up to 15 minutes as often as you want to.
To connect SoundSeeder to further devices simultaneously or for longer than 15 minutes you can upgrade SoundSeeder via an InApp purchase. 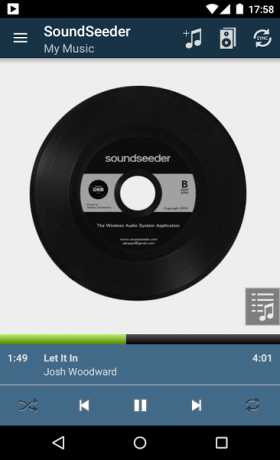 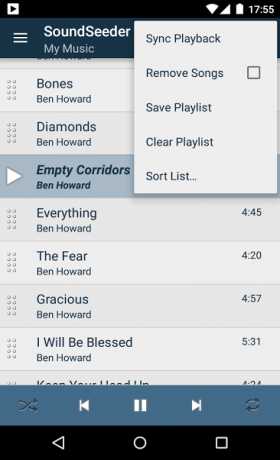 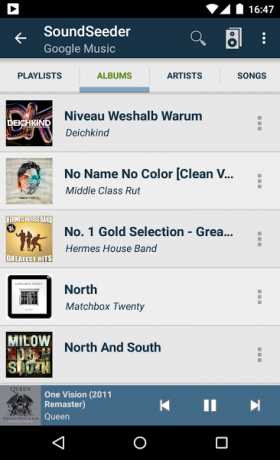