The ultimate and original tower defense game, mixed with first person shooter and role playing game styled. Defend your castle from the siege of an army of skeletons and their evil Lord, combining different towers and arrows to make more forceful attacks. Strategy is the key of this war: summon the correct turret in every battleground, prepare the bow and the arrow, aim carefully your shots to the enemy’s head and be the hero in this defending and attacking game.

Download Skull Towers – Castle Defense and fight epic defense battles that will hook you for hours!

Skull Towers is a castle defense game where you should stop the attack of thousand of skeletons. Armed with magical bows and arrows you have to destroy the waves of enemies before they cross your lines! The perfect mix of strategy games, fps games and tower defence games. Are you the Marksman who will kill the vile skull warriors in this sniper RPG game?

Legions of evil skeletons have invaded the world and your duty as a hawkeye is to defend your fantasy kingdom armed with powerful bows and magic arrows. Build catapults, turrets and barricades and clash against the army of darkness to become a hero between the archers of the realm. The best bow and arrow game in a medieval war full of spells and summons.

Kill the horde of Skull warriors and collect the ectoplasm to set up towers and defenses whenever the magic stones light up: CATAPULTS, to throw flame to the enemy; BARRICADES, to block the attackers in their path; BARRELS, to shoot fire arrows and explode them in the middle of a skeleton legion; POISON PLANTS, to hit the warriors and slay them slowly while they walk…

There are diverse types of magic energy to use at war: LIGHTNING, to defeat targets with metal or steel armor; FIRE, to burn light armor troops and blow up the exploding barrels; ICE, to turn your victims into ice cubes and slow them down; POISON, just one drop and the victim will succumb little by little to its toxic effects; STUN, to shoot and make their heads spin and leave them stupefied; EXPLOSIVE, to send everything flying with its strong TNT head… Use all with the different kind of arrows and do individual, radius or multiple damage.

MULTIPLE SCENARIOS AND ENEMIES
Tons of skeleton warriors: wizard, knight, gladiator, paladin… all with uniques stats and skills.
+24 challenging levels through different battlefields: cemeteries, swamps, ruins…
Could you defeat the Epic Bosses and save your kingdom?

WIDE ARSENAL
From the Bone Bow to the Dragon Bow, equip all the powerful bows, each with special abilities.
Magical arrows, that allow you to shoot individual, area or multiple proyectiles.
Enchanted bracers, each with different kind of magic to aid you in battle.
Useful potions, to enhance your stats during war or to use them as grenades against the enemy.
Different kind of power: electricity, fire, ice, poison, stun, explosive… use them wisely to defeat all the enemy warriors.

UPGRADE YOUR DEFENSES
Summon multiple battle towers and defenses: catapults, barricades, explosive barrels, poison plants…
Kill the skeleton hordes, collect ectoplasm and improve the strength and power of your defences.
Level up and upgrade your gear and items by completing stages.

QUALITY DETAILS
Discover the Dark Book, an in-game encyclopedia with illustrated information from your towers, weapons, items and enemies.
Open lots of Chest and claim fantastic rewards to help you in battle.
+30 Achievements, become a living legend completing them all!
Incredible 3D graphics in HD and amazing Original Soundtrack composed by Mateo Pascual, to make the game experience more epic!
Awarded in the China Unity Awards! 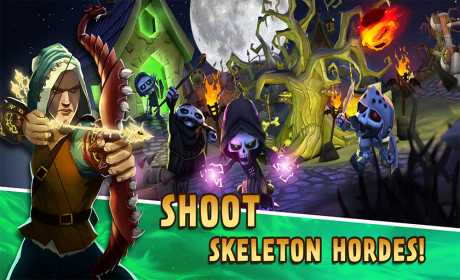 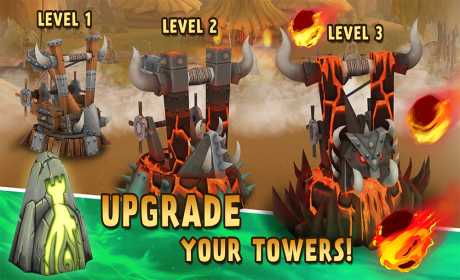 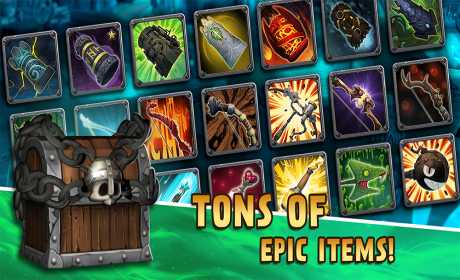