When gods wage wars, only one can prevail!

Shattered Plane: Turn-Based Strategy Game is set in the Slavic fantasy universe inhabited by ferocious monsters and oppressed humankind. Become one of the conflicted Slavic demigods and lead the army of fantasy creatures to victory in the divine war for ascendancy.

Engage in legendary turn-based tactical fights on hex battlegrounds and use unique magic skills to crush your enemies. Prove dominance over the battlefield and conquer the shattered world of Elear in Shattered Plane: Turn-Based Strategy Game!

The army of fantasy monsters awaits your orders!
Plan your moves carefully as you’ll be facing multiple opponents at the same time in this turn-based strategy game. Show dominance over other players in global rankings with your tactics and unique spell force. When armies clash, the combination of might and magic is what makes you victorious.

Face mighty enemies!
Elear, once peaceful land, has now become a battleground for ferocious beasts led by mighty Patrons. As one of them, you’ll be fighting your divine kin in the story campaign, on ranking maps, procedurally generated maps, and in the hotseat mode. When demigods clash, only one can remain on the battlefield!

Danger lurks all around you!
Civilizations fell as humans of Elear lost control over their land. For hundreds of generations, they lived underground in the shadow of the Eternal War. They grew bolder with time and started a resistance called The Order. Battle your enemies, but always keep an eye on small rebel units running loose on hex tiles.

The future of Elear lies in your hands!
You’re one of the Patrons – the most powerful beings in existence, who have the power to shape the future of Elear. But don’t be mistaken. They are no heroes. They use their might for their dark purposes.

Experience the classic hexagonal board game feel!
Shattered Plane: Turn-Based Strategy Game grasps the magic of 4-player turn-based board games. Each map is placed on a rectangular wooden board and all the units are shaped like pawns. Plan your moves carefully as you only have a limited number of moves per turn. Sometimes the best your pawns can do is to hold their positions on the hex board and let others engage in combat.

Try different strategies with Patrons’ unique skills!
• Svarog – increase your army’s morale and dominate the battle worlds with your army of Scorched Souls
• Devana – spawn new Werewolves in your cities and sweep away enemy forces like a flood
• Nyja – kill any unit on the hex board and clear your path to victory
• Veles – permanently increase the production of Warlocks in your city; it comes with a risk – the enemy can take the city
• Chors – strengthen your defenses by building magical towers which allow your Phantoms to attack enemies from a distance
• Perun – make your Titans invulnerable for the entire turn and crush your enemies with brute force.

Soak into the fantasy world inspired by the Slavic folklore!
Created by Polish game studio, Shattered Plane draws from the one-of-a-kind Slavic tales. The mighty Patrons, whom players control, were based on mythical gods from Slavic fables – a divine family of great strength and cruelty. 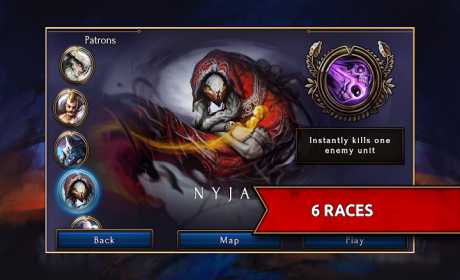 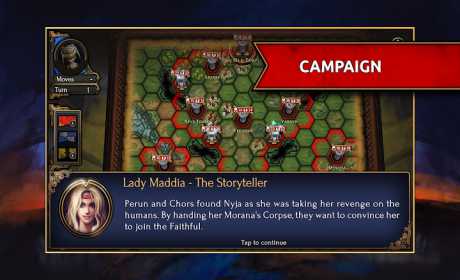 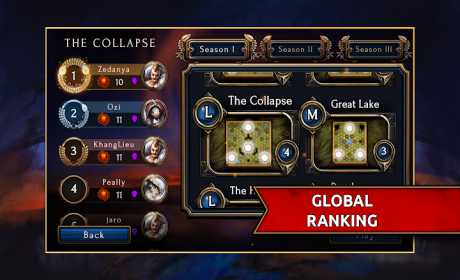