WE RECOMMEND PLAYING ON DEVICES WITH 1 GB RAM OR MORE.
THIS GAME IS NOT ADJUSTED TO A SCREEN RATIO OF 18:9 OR WIDER.
Please adjust the level of graphic details in the options menu within the title screen if the app isn’t working properly or try restarting your device before playing to clear the memory.

[FULL GAME! NO EPISODES! Secret Files 2: Puritas Cordis: Nina and Max return to the touch screen in the follow-up of the Secret Files hit-series. The long anticipated sequel celebrates its debut on the Play Store and received an overall update. The mobile version comes with new HD graphics, improved riddles, voice-overs and new animations!]

Volcanic eruptions, earthquakes, tsunamis… the world is on the brink of disaster. Are they just random accidents, the results of a climate change or is the world about to end? As Nina Kalenkow and Max realise that all these events have been predicted by a medieval prophet they get deeply drawn into these mysteries. Nina and Max have to travel around the world as it gets clear that a global catastrophy is on its way. Can long lost documents in Paris help with their investigation or can the solution be found in an ancient Indonesian temple complex? And what is the dark secret of the Puritas Cordis society? A dramatic race against time begins.

Secret Files 2: Puritas Cordis requires at least Android 4.1 (Jelly Bean) and above and runs on devices with 1GB RAM or more. As a full premium app, the initial purchase grants access to all content and features – there are no fee-based episodes or other IAPs. 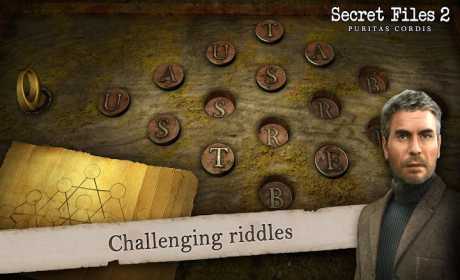 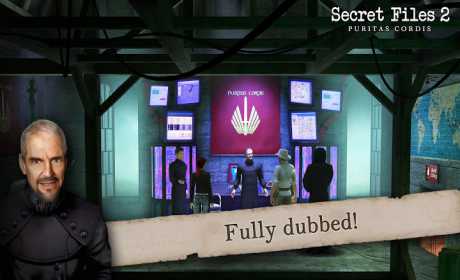