Turn empty sea bottoms into ocean paradise! Make a journey to the underwater fish kingdom to save it from evil sea villains and restore the world of fantastic marine creatures. Discover the secrets of ancient magic, solve challenging puzzles and see the life of various sea inhabitants with your own eyes! Create your undersea world in “Sea Merge!”!

“Sea Merge!” is a merging game where every move of yours determines the further plot development. Merge elements to grow items of a higher level. Here you can merge anything you see: Floating Seeds, Water Sprigs, Water Flowers and many other objects – the magic world will easily respond to your every move. To complete levels you have to clear the sea bottom and merge the major element – the Sea Totem. Think ahead of your moves, change the appearance of the sea bottom and evolve your fish!

Explore the seafloor and build a marine camp by collecting resources and constructing buildings such as Fish Houses, Mines, Stone and Jewel Storages. Solve challenging puzzles if you want to move forward discovering not only the fantastic world but also the new fish species. Fire Fish, Glowing Fish, Slime Fish… how many species could you collect? Find it out in “Sea Merge!”! Merge elements when rebuilding a new world of fantasy and magic from scratch!

Remove toxic ink from the enchanted sea bottom and restore the former glory of the magic kingdom! Save enchanted seawater and become a part of the legend with “Sea Merge!”! 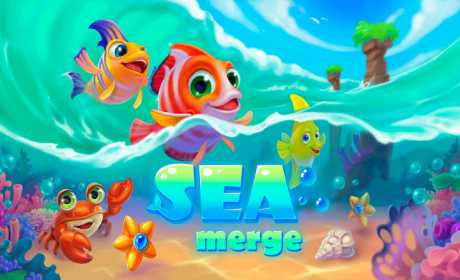 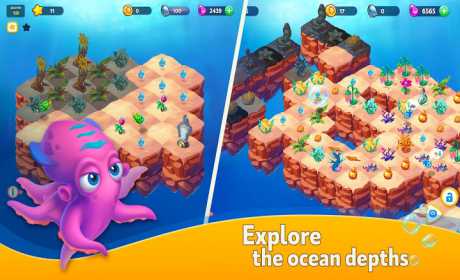 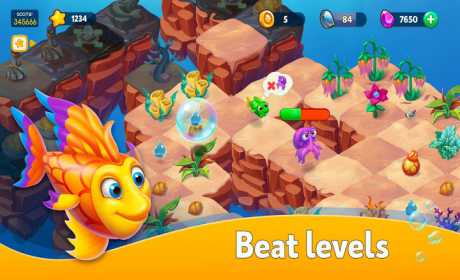