Samurai: Way of the Warrior was featured in Best Games of 2009 by Apple – Samurai II is a true successor, aided by over a year of focused development. Overall production values and vicious action put Samurai II on par with console 3D brawlers. Screenshots don’t do Samurai II justice – the fluid action has to be seen running at 60 frames per second.

Samurai II sends Daisuke on a quest for revenge across the war-scorched countryside. From a seafaring village to a flying fortress to the legendary Isle of the Dead, the samurai will stop at nothing to hunt down his arch-enemy Orochi. Will he get his Vengeance?

★ Dynamic camera finds the best perspective for each encounter, adding variety while keeping focused on the action.

★ Tense, quick and gory battle sequences!
– Battle hordes of on-screen enemies wielding new weapons and sporting unique abilities.
– Stay nimble and plan your attacks – roll out of harm’s way and eliminate ranged enemies like the Samurai Archer before they can strike.

★ Improved game play includes new features.
– Solve environmental puzzles, avoid dangerous traps, and discover useful items.
– The fight is on – not to worry, the combat never takes a back seat to platforming or fetch-quests.

★ New survival mode pits the samurai against waves of enemies, giving hardcore players a score-attack mode to hone their skills. Two games in one!

*60 FPS only on capable devices.

1 If you have rooted device

Run from the ADB Shell :

2 Devices that are running mods such as CM

Here’s a link to a solution on the CM forums for such an issue. 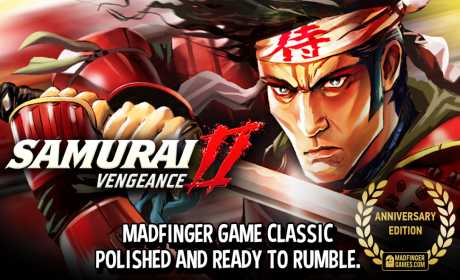 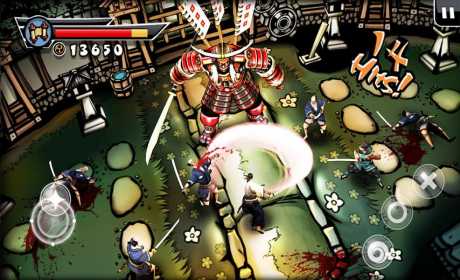 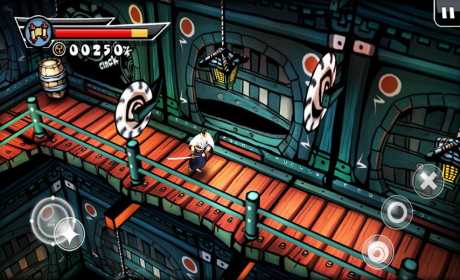