A stunning 3D infinite runner where you are Runbot: advanced robotic weapon system. You’ve rejected your protocol as a killing machine and now you’ve made a brave dash for freedom – you won’t let laser towers, drone attacks, or obstacles slow you down! Jump and slide while running at full speed in this amazing endless getaway. How far can you run?

As RunBot, you’ll have to run, race, flip and fly around a never-ending and always changing series of obstacles in this futuristic city with awesome 3D graphics. Whether it’s dodging energy panels to leaping land mines, escaping to freedom is never easy. Try to collect as many coins and power ups as you can to survive all the dangers that lie ahead.

Prepare your robotic tools, adjust your reflexes and start running toward salvation. Use the energy shield to block the damage and shoot your laser at the enemy. Fly quickly through dangerous tunnels, avoiding traps and bombs. Will you dare to rush with the jetpack?… NO ONE CAN STOP YOU!

“Stunning in 3D as every background element is wonderfully detailed.” – Touch Arcade

“Addictive and always changing, RunBot is great for quick bursts of fun…” – MacLife

“If you’re a fan of infinite runners… then you will want to check out RunBot.” – AppAdvice
== GAME FEATURES ==

EASY TO PLAY, HARD TO MASTER
Simple and intuitive interface. All the stunts with one finger!
Try the amazing first person view mode and experience the real adrenaline running and dodging at full speed.
Activate the Jetpack mode and fly over the obstacles while a troop of enemies is trying to catch you!
As you run through the stages, the difficulty of the challenges increase, as well as the fun!

UPGRADE AND EVOLVE YOUR ROBOT
Collect coins and power cores to upgrade RunBot’s arsenal and armor!
Improve your powerful laser and your energy shield to become invincible!
Achieve all the gadgets: nanomachines, radar, jetpack, autoshield…
Will you be able to reach the highest level of your robot and be a hero?

CUSTOMIZE YOUR RUNNER
Change the appearance of your cyborg applying countless paintings.
What kind of armor do you prefer? Aerospace, Combat, Energy… Each with special characteristics.

BEAT YOUR FRIEND’S HIGH SCORES
Competitive play – run past your buddies’ high scores in the game and become the top runner!
Synchronize with Facebook, challenge all your friends and be the leader of the ranking online.
Pose with your robot as you want and dedicate it to your friends. Show them who is the best!
Check out the trailer for the game: https://youtube.com/watch?v=aFuI8Tv28X0

Join millions of players in this frantic runaway! Play now for free!

PLEASE NOTE: RunBot: Rush Runner is a completely free game. However, you can also purchase some items within the game for real money. Just disable in-app purchases on your device if you don’t want to use this feature in the game. 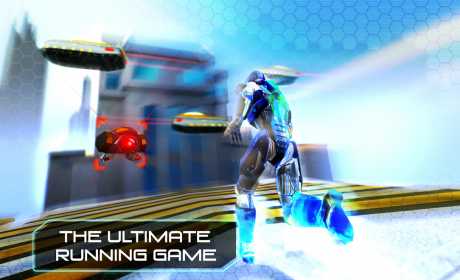 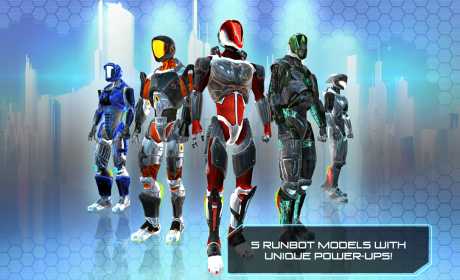 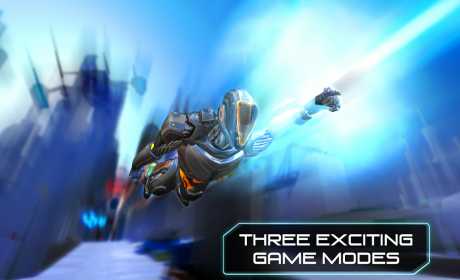