Pocketgamer – “An action RPG with a fresh coat of paint”

These are the cities of Dulshara, hidden beyond the enchanting mirages and intense sandstorms of the vast surrounding desert. The people have long lived vigorously even under the tyranny of the Sultan. However, signs of doom were slowly approaching like a viper hunting its prey. From mass kidnappings by the Sultanate Army to a veiled man acting behind the scenes, a chain of mysterious events arose…

One day, the young man Elmir is handed a mysterious dagger by a perishing man on the run from the army. Sealed within it was the manifest power of ancient days… This power is known as “Djinn”. With the world facing certain doom from the rise of an ancient evil, the long-awaited hero must seek and obtain power. Now begins Elmir and the Djinns’ rise to revolution!

FEATURES
– Summon the Djinns and release their power!
– Collect up to 20+ ancient Djinns hidden in the lands of Dulshara!
– Thrilling and interactive battle actions!
– Variety of dungeons with everything from creepy crawlies to spooky monsters!
– Explore big and small cities and enjoy special events!
– Participate in mini games, rank trials in dungeons, treasure hunting and more!
– Aid your friends and fellow citizens with subquests!

May the protection of Aswan be upon you!

* The game can be played in its entirety without the need for in-game transactions.

[Supported OS]
– 4.2 and up
[Supported Screens]
– HD (720×1280) and up
[Game Controller]
– Incompatible
[SD Card Storage]
– Incompatible
[Languages]
– English
[Non-Supported Devices]
This app requires high processing capability so if you see any problem on low-end devices, please turn off the Max Quality option to see if the performance improves. Also, the app requires an additional data download of about 600MB before playing. 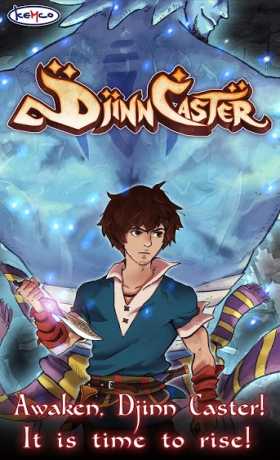 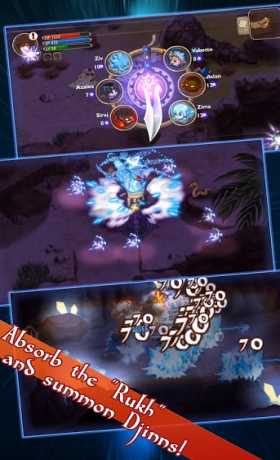 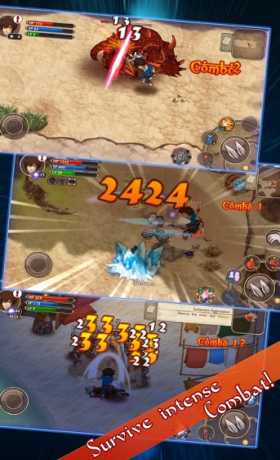