Order of Fate welcomes you in it’s world! In this roguelike RPG adventure, inspired by the classic RPG games, you’ll venture deep into the Dungeon to explore its mysteries, fight hordes of enemies and collect tons of loot. Turn based system will let you plan your every move and special mechanics and interactions will put a twist on the tactical aspect.

“When ancient evil will arise in the depths, when followers of darkness will come out of hiding, when villages will be terrorized and people will be in danger, you’ll have no choice but to fight back!”

🗝Explore caves, dungeons and catacombs of the Ancient Castle.
⚔️Fight the demonic Cult and cleanse the world from hordes of monsters.
🛡Discover rare armor, equipment and magical artefacts.
💎Collect your rewards for quests and create your own unique setup that will help you survive in the Dungeon.

In this fantasy role playing game you’ll be able to enchant and upgrade your weapons, complete lore driven quests, get new skills for your characters and with each fight won, come closer to destroying the source of all evil.
Be warned, the Cult will stand in your way and only by uncovering their mysteries and finding their secret treasure rooms you’ll be able to prevail. But don’t get consumed by your greed for knowledge or treasure: the Dungeon is always ready to strike.
Choose your own fate — become the hero of lands that will go down in legends or become the nightmare who will bend the darkness itself to his will.

Features:
— Procedurally Generated Levels — every location is unique and will change each time you explore many levels of the Dungeon.
— Play Offline — our roguelike does not need to be connected to the internet all the time.
— Monster Variety — each monster provides new challenges and adds complexity to the fight if they cooperate.
— Dive into lore and meet unique characters — uncover the story of the lands, make friends along the way and write down your name history.
— Tons of quests, achievements, adventures and offline play makes our free roguelike RPG one of the best turn-based, strategic games on the market. Don’t believe us? Try it for yourself! 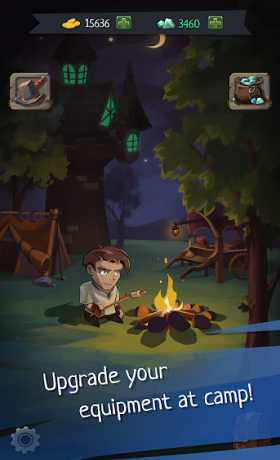 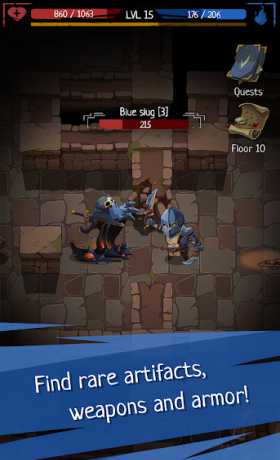 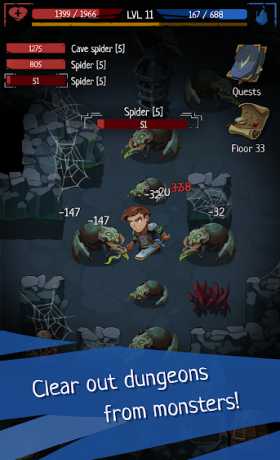